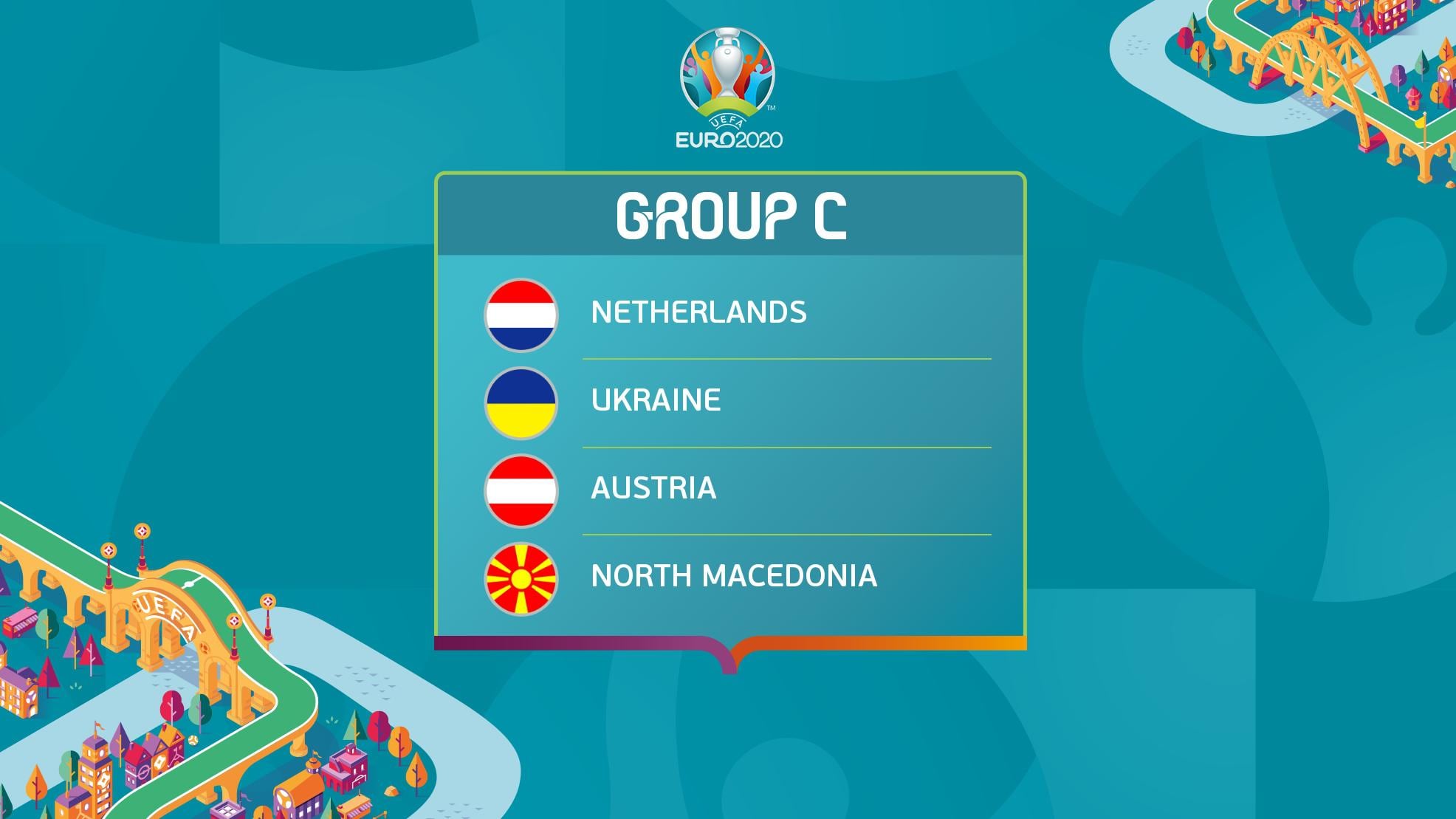 Group C contains Ukraine, Austria, North Macedonia and The Netherlands. All four teams will have different objectives in this tournament, but could Group C provide an upset?

A change in the way players are developed in Ukraine, has produced a large number of technically gifted and talented players. Good examples of this new approach are Taras Stepanenko, Oleksandr Zinchenko, and Ruslan Malinovskyi. Ex AC Milan legend, Andriy Shevchenko is the manager and he is approaching his first major tournament after five years as head coach. Another player to watch is Andriy Yarmolenko. If Ukraine is to be successful this year they will need Yarmolenko to add to the 38 goals he has already scored for Ukraine.

In recent times, Austria has become a more defensive unit, than in previous years. Franco Foda, has had domestic success. The German won the Austrian Cup with Sturm Graz in 2010 and the Austrian Bundesliga in 2011, but this job is huge in comparison to his previous experience. Austria has never won a game at the Euros. They will be desperately hoping to end this record and stand a good chance of doing so in this group. Keep an eye on David Alaba. Alaba is a versatile player. He has played as a defender for Bayern Munich at club level but has played as an attacking midfielder for Austria. He needs to provide a threat and prove his worth on the international stage.

North Macedonia only just managed to qualify for this year’s Euros, through a play-off. So, they will definitely be seeking some improvement here. Igor Angelovski is another inexperienced coach. This is only his second head coach role after only previously being a manager at Rabotnicki. Keep an eye on Ezgjan Alioski. The midfielder plays a slightly more attacking role than he does for Leeds United. He will be looking to replicate a decent season with them.

The Netherlands are constant underachievers. They even failed to qualify for the last two major competitions. For a nation with such talented players, this was unthinkable. The nation will be looking for a strong showing here. This task is primarily on the shoulders of manager, Frank de Boer, as he seeks to rebuild The Netherland’s reputation. keep an eye on Memphis Depay. Depay scored 2 this month against Scotland. He’s in great form at the right time.