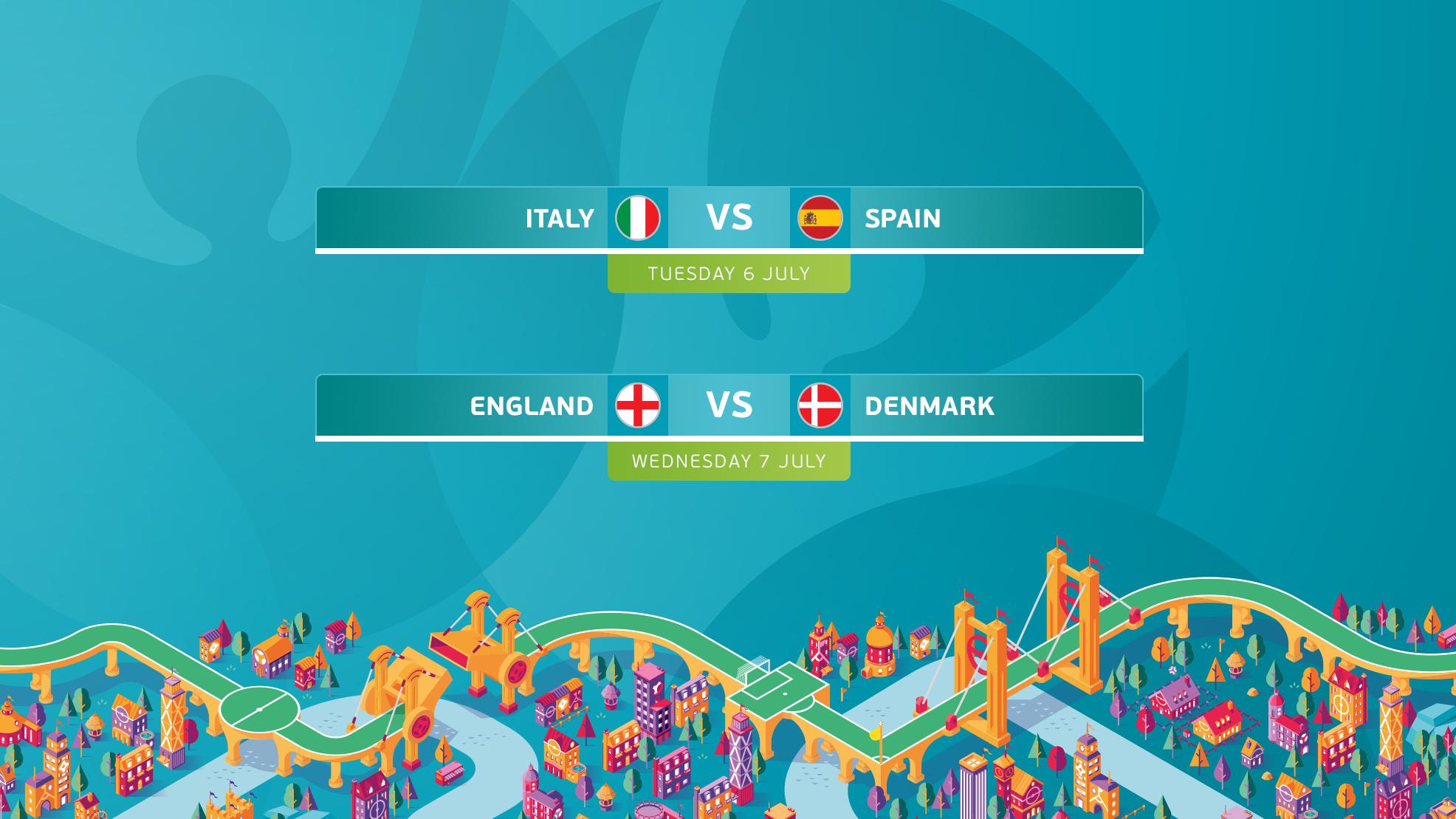 Italy and Spain face-off in the first semi-final. On paper, this game looks close. Expect plenty of attractive, attacking play.

Italy has arguably been the best side in the tournament so far. If Italy go all the way this year, it will, somewhat unbelievably, be their first Euros victory since 1968. It would be a brave man that would bet against an Italian victory, though. Coach Roberto Mancini has moulded his team into a formidable unit, in attack and defence. However, the loss to serious injury of Leonardo Spinazzola, means that Italy lose an important attacking outlet down the left. Perhaps key to this game is how Mancini deals with this.

If Spain lifts the trophy, it will be their 3rd Euros triumph since 2008. So far in this year’s Euros, Luis Enrique’s Spain has enjoyed more possession than any other team and racked up the second-most shots. Tame draws in the group stage against Sweden and Poland were followed up by putting 5 past Slovakia in the final group game and 5 more past Croatia in the Round of 16. Although they could only manage one in a tense affair with Switzerland, it’s clear that Spain has attacking potency. Like Italy, the question marks are in defence. Again, like Italy, the key to this game may be how Luis Enrique organises his defence.

እEngland will have home advantage and that could be crucial in such a huge game. Teenage sensation, Bukayo Saka was not in the squad for the last game, owing to a ‘slight knock’. He will no doubt be hoping to return here, although probably from the bench. England has won every game so far, except a draw to Scotland and have conceded nothing. Boss Gareth Southgate simply needs to keep doing what he’s doing.

ዴንማርኮDenmark were hit hard, right at the start of the competition, when they lost their talisman, in Christian Eriksen. However, the trauma and adversity seem to have actively galvanised the squad. The Danes looked like a good unit against the Czech Republic. A boost for them is that Yussuf Poulsen is back from injury and that Kaspar Dolberg has been scoring for fun in his absence. Denmark will need all their available resources, playing to the best of their abilities, to have any chance in this match.

Last 16 Teams Preview
Who will be the next Champion?