Who will be the next Champion? 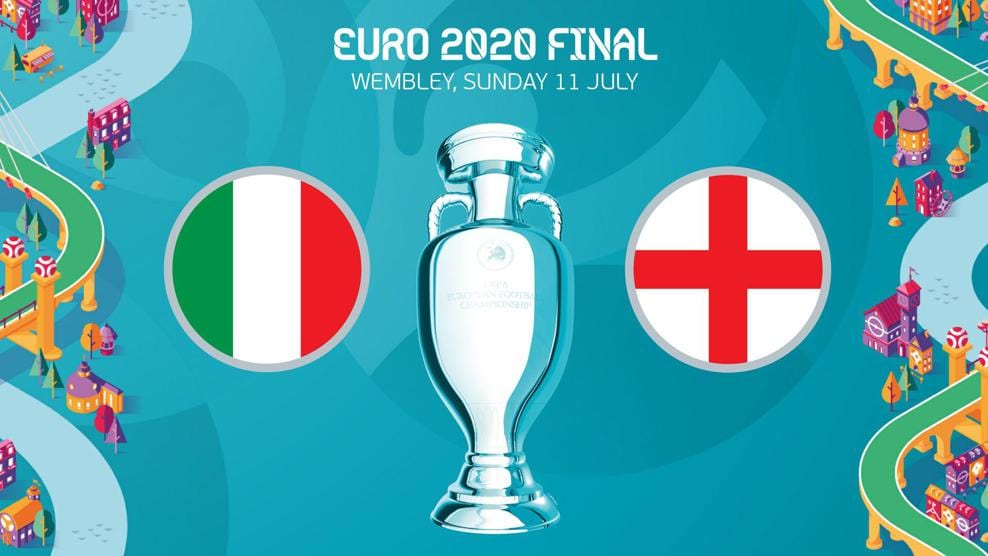 We will see the great match between England and Italy. Both countries are following their dreams to become a new European Champion.

Italy entered this first semi-final as favorites. They eventually triumphed over Spain in a fascinating and highly skilled encounter. Wembley wasn’t at capacity but was loud and atmospheric.

Italy opened the scoring on the hour mark, courtesy of a beautifully curled shot from  Federico Chiesa. At this point, Italy may have felt that was going to be enough to take them into the final. However, now the stage was set for Spain’s Alvaro Morata to come off the bench. On 80 minutes, he played a one-two with Dani Olmo and scored past Gianluigi Donnarumma in the Italian goal. No further goals were scored in normal time, or extra time and the game went to penalties. Unfortunately for Morata it was his fluffed penalty that ultimately sent Spain home, as they went down 2-4, in the shootout.

Despite looking the better side, England needed a couple of slices of luck to defeat a gutsy Danish team. Kaspar Hjulmand’s Denmark gave it their best shot, but a combination of bad luck and England, under Gareth Southgate, having a bit more quality, ensured English progression and Danish heartbreak.

Mikkel Damsgaard opened the scoring with a fantastic free-kick from outside the area in 30 minutes. England needed to find a response. This was provided when Bukayo Saka’s cross was bundled into his own net by Simon Kjaer. Sterling had worried Denmark right from the start. Now in injury time, he drove into the box and hit the ground under a tackle from Joakim Maehle. The contact was minimal, but the penalty was given after a VAR check. Kaspar Schmeichel in the Denmark goal saved Kane’s penalty, but the rebound was kind for Kane and he smashed it home to send England into the final.

What can we expect from the Final?

England goes into this final as favorites, due to home advantage and some good performances. However, Italy has a greater pedigree at the latter stages of major tournaments. Expect a tight encounter. It may be significant that Italy has had an extra day’s recovery time, but England will be hungry for its first major triumph in 55 years. Sterling is the man for England. Look out for Chiesa for Italy.

EURO: Semi-Finals Preview
Italy! The Champions! The summary of the whole tournament