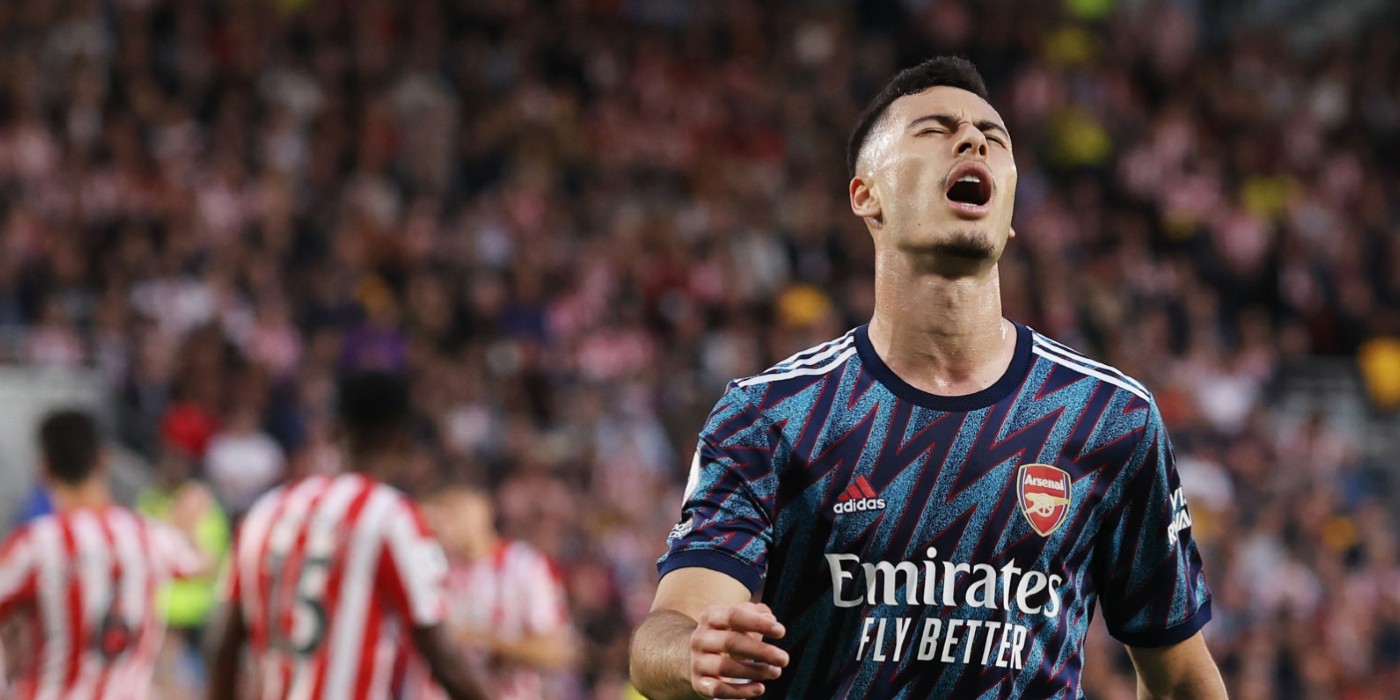 The newly promoted Brentford set their season off with a bang with a big upset against Arsenal. Arsenal looked sluggish and Brentford took full advantage yesterday afternoon!

Brentford’s first top-flight game since 1947 ended fantastically as goals from Sergi Canos and Christian Norgaard earned the newly-promoted side a totally deserved 2-0 win over Arsenal.

Thomas Frank’s side engineered an intensity and energy to their press and interplay that coupled with a great atmosphere had Arsenal struggling from early on. Bernd Leno and in particular Pablo Mari looked nervous.

Certainly, their apprehension was contagious as Calum Chambers, fearing his side were about to concede a corner, booted the ball up in the air from the touchline. It came straight to Canos, who drove straight at the Arsenal right back. A swiftly taken shot flew through the defender’s legs at such a pace that there was nothing Leno could do to block the effort at his near post.

Brentford had their hosts pinned back and ought to have doubled their lead on 30 minutes. Bryan Mbeumo may have been making his Premier League debut but his aggression, energy, and eye for goal made him look like a five-year veteran! He made Ben White look like the rookie with a drag back and turn but then rushed a shot that he drove wide of the post.

As for Ivan Toney, the hero of Brentford’s promotion campaign with his imposing, old-school center forward play, he didn’t get a goal last night, but he looked every inch a Premier League player. In the air, the ball was consistently drawn to him. Play it to his feet and he would look to turn and pass with frightening accuracy and pace.

Arsenal had a Premier League newcomer of their own in Folarin Balogun, taking the spot of the ill duo of Pierre-Emerick Aubameyang and Alexandre Lacazette and with Eddie Nketiah out until next month. Hopes are high for the New York City-born youngster in the long term, but on his top-flight debut, he looked some way from the finished article even though a quick turn in the box might have earned him a penalty from a more sympathetic referee.

Ultimately, Arsenal were too reliant on Emile Smith-Rowe, though the excellence of their new No. 10 was such that you could understand why their build-up play kept going through the 21-year-old. He kept finding pockets of space and a brilliant spin early in the second half took him rampaging through midfield, but as Brentford bodies squeezed out his path to goal he could only curl the ball straight at David Raya.

Bukayo Saka’s introduction gave Smith Rowe and Kieran Tierney someone to work with at last. They and new signing Sambi Lokonga were quick in their interchange, direct in their running, and inventive in possession: everything their teammates were not. A flowing move that began with White resisting the press and pushing the ball up to Saka deserved a goal at the end but Tierney’s shot was deflected wide.

The second half belonged to Arsenal. Until it didn’t. They did that standard Arsenal thing of shooting themselves in the foot en masse. Two defenders at the front post managed to miss Mads Sorensen’s long throw. Leno could not extricate himself from a scuffle with Pontus Jansson either. Then somehow, no one noticed the two Brentford players waiting on the goal-line waiting to score. Christian Norgaard was the lucky one who propelled his side to their first top-flight points since just after World War II.

If this was thrillingly new for Brentford, it was all too familiar for Arsenal. With Manchester City and Chelsea to come before the international break, something is going to have to change for Mikel Arteta!

Disasters of the Premier League 2020/21!
FC Lorient Leave AS Monaco in Shock!