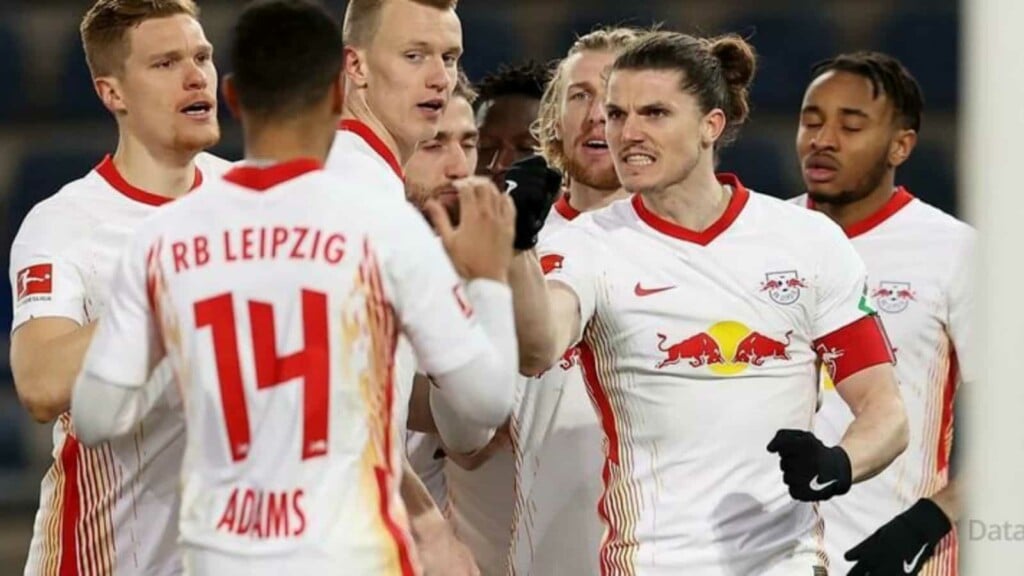 Hungarian midfielder Dominik Szoboszlai scored 2 in his first Bundesliga start for RB Leipzig as they thrashed VfB Stuttgart 4-0 on Friday to register their 1st league win of the season.

The home side totally dominated the first 45 minutes, making 16 attempts on goal and taking the lead in the 38th minute through Szoboszlai, who drove a dipping, swerving shot in at the far post.

Leipzig made it 2-0 in the second half with a brilliant team effort that was finished by Emil Forsberg, who collected Andre Silva’s backheel in the box and scored after some high-speed passing.

Szoboszlai got his 2nd in the 52nd minute, with a low free-kick that sailed past everyone and flew into the net.

Silva added the fourth from the penalty spot in the 65th minute after Marc Oliver Kempf handled the ball in the box.

The win lifted Leipzig to 3rd in the table while Stuttgart slipped to 7th.

Eldor Shomurodov Scores Winning Goal to Give Roma a 2-1 Victory in Turkey against Trabzonspor!
From Rags to Riches! Footballers who Went from Zero to Hero!