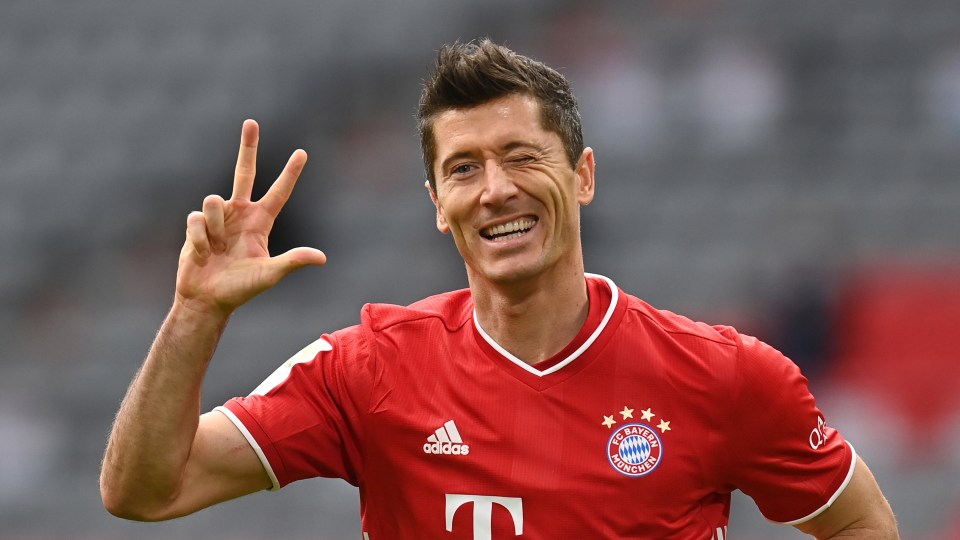 Robert Lewandowski scored his 300th Bayern Munich goal in a hat-trick as the Bundesliga champions swept Hertha Berlin aside with a 5-0 win, while Patrik Schick was among the scorers in Leverkusen’s 4-1 win against Augsburg.

Lewandowski also broke a club record set by the great Gerd Muller in 1970, by scoring in his 16th consecutive Bayern game. Thomas Muller and Jamal Musiala scored Bayern’s other goals.

Leverkusen looked strong against last place Augsburg, pressing their opponents to the point where Lago chipped the ball into his own goal in an attempt to deny Schick a shot at goal. Lewandowski has now scored in 13 straight Bundesliga games, a personal record for the 33-year-old, while team-mate Thomas Muller’s goal means the German international has now scored in the Bundesliga for 13 seasons in a row.

Bayern went into the meeting with Hertha coming off a stunning 12-0 demolition of Bremer SV in the DFB Pokal German Cup in midweek.

Freiburg beat VfB Stuttgart 3-2, with Wooyeong Jeong scoring his first Bundesliga double as Freiburg made it three wins in a row over VfB Stuttgart with all five goals scored in a thrilling first half.

Meanwhile, Mainz beat Greuther Fürth 3-0, with Anderson Lucoqui, Adam Szalai and Kevin Stöger all scoring, while Louis Schaub and Tim Lemperle propelled Cologne to victory against Bochum, with a 2-1 victory.