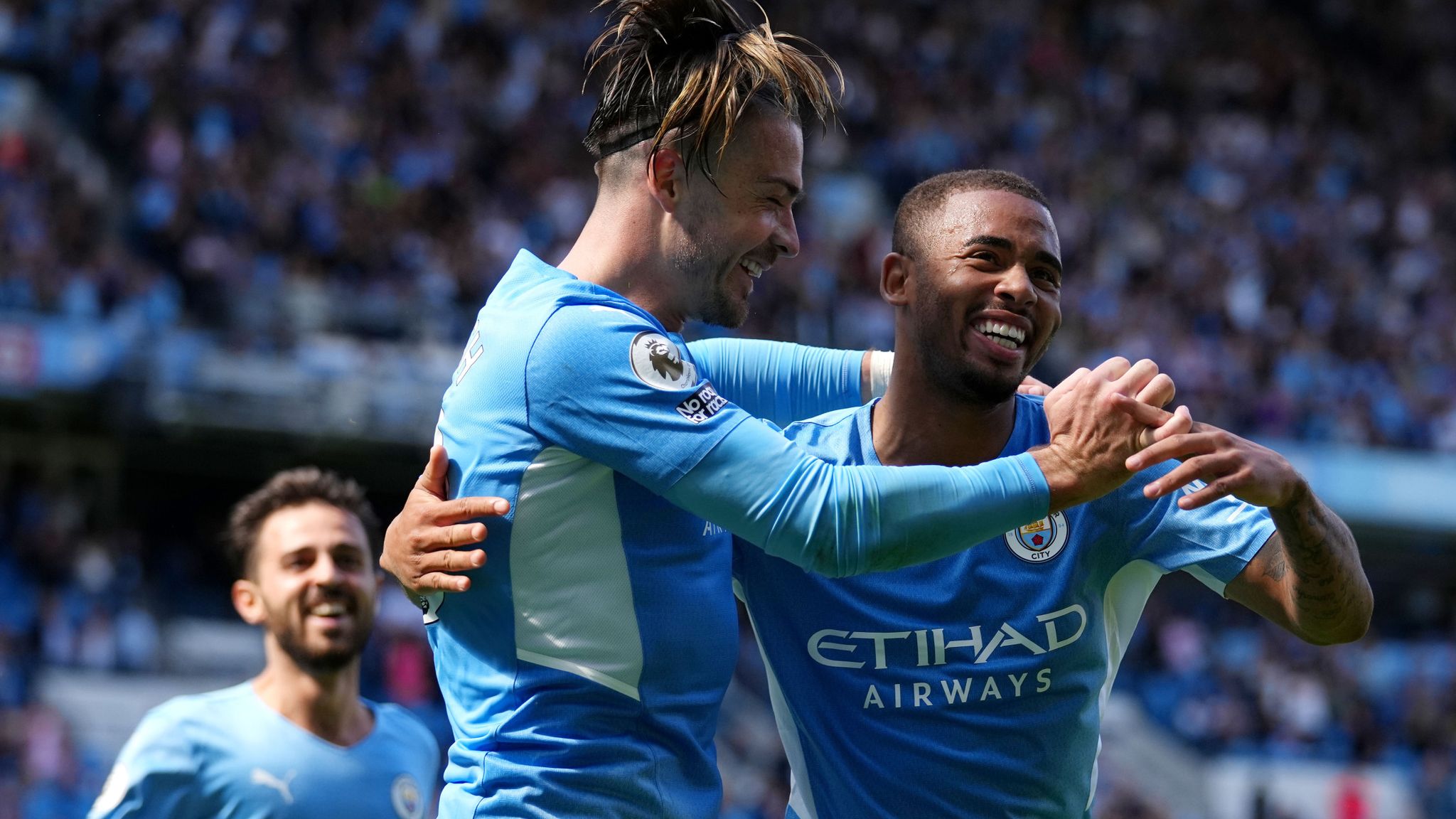 Manchester’s Sky Blues put 5 past a hapless Arsenal at home without a recognised striker! Let’s take a look at what happened.

10-man Arsenal were totally outplayed by Manchester City as they staggered to the bottom of the English Premier League (EPL).

It is the 1st time since 1954 that the Gunners have lost their first 3 games of a league season and this match was effectively all over by the 45 minute break.

City skipper Ilkay Gundogan and Ferran Torres scored in the first 12 minutes. Then any hope Arsenal had of an unlikely comeback was completely ended when midfielder Granit Xhaka was sent off for a brainless 2-footed challenge on Joao Cancelo.

Next the £100m man, Jack Grealish set up Gabriel Jesus with a teasing run for an easy 3rd just before the half-time break, then Rodri side-footed a 4th goal from 20 yards, just after it.

It was a sign of his side’s total control that City manager Pep Guardiola had used all 3 substitutes within 16 minutes of the 2nd half commencing. It turned into an extended session of keep-ball for City, who completed the demolition with Torres’ 2nd goal 6 minutes before time.

Mikel Arteta, Guardiola’s counterpart and former assistant looked a completely shell-shocked figure in the other technical area as Raheem Sterling, Aymeric Laporte, and Riyad Mahrez all wasted chances to increase the margin of victory still further.

By the end of the game, Arsenal had managed just 1 shot, which was off target, and had 19% possession.

Arsenal manager Mikel Arteta must surely be feeling insecure in his job now. The last time Arsenal won an EPL game was back in February 2021, when they beat Leicester City away.

The win takes Manchester City to 4th in the EPL.