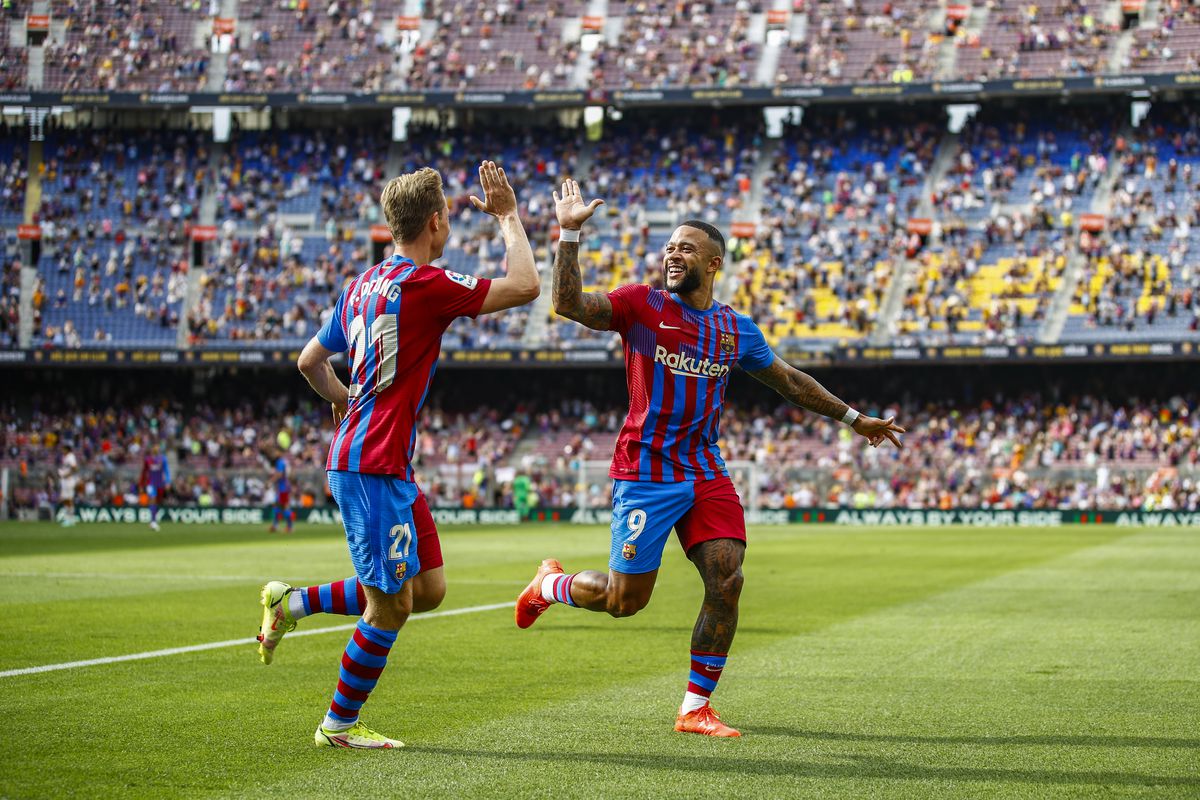 We check out all the goals and action from the Spanish top-flight yesterday. So, who were the winners and losers and what happened on Sunday?

Sergi Roberto opened the scoring for Barcelona after just 99 seconds when he struck Jordi Alba’s cross, via a neat flick from Martin Braithwaite, into the bottom of the net. Getafe then rallied and levelled the scores when Sandro Ramirez played a one-two with Carles Alena and slotted home on 18 minutes. However, Memphis Depay showed good skill from Frenkie de Jong’s pass before rifling into the bottom corner after 30 minutes for the winner in front of about 26,000 fans. This was the 1st time since 2009 that Barcelona have had a goal scored and assisted by a Dutchman since 2009. Barcelona now sit in 4th in La Liga, with Getafe in 19th after a run of 3 consecutive losses.

The pendulum swung back and forth in the game between Cadiz and Osasuna at Ramón de Carranza. The home side Cadiz went ahead through Alex Fernandez on 16 minutes to make the score 1-0. With 30 minutes on the clock, Osasuna’s Kike netted a penalty to bring the scores level. Then Cadiz went one up again with a penalty from Alex Fernandez to make the score 2-1. Cadiz seemed to run out of steam in the 2nd half and allowed Osasuna to steal the points with Roberto Torres’ penalty and David Garcia’s strike which both came in 2nd half injury time. In La Liga, Cadiz are now 12th and Osasuna move up to 8th.

Rayo Vallecano easily beat Granada in this encounter at the Campo de fútbol de Vallecas. A goal on 3 minutes from Alvaro Garcia Rivera was added to by Oscar Trejo’s penalty on 23 minutes. Randy Nteka then added the 3rd on 43 minutes to send the Madrid outfit 3 up at the break. Santi Comesana then completed the rout when he found the net on 63 minutes. The result now means that Rayo Vallecano now occupy 10th spot in La Liga, with Granada in 17th.

An error-filled game ended with the points shared at the Wanda Metropolitano Stadium in Madrid. Manu Trigueros opened the scoring for the visitors on 52 minutes before Luis Suarez’s strike pulled the scores level after 56. Arnaut Danjuma put Villareal 1 up again in the 74th minute before Aissa Mandi’s own goal made the scores level deep into injury time at the end of the game. It was something of a heist for Atletico to get anything out of this game and they will be happy to take a point from this home match. They are now 5th in La Liga, with Villareal 11th.

Ligue 1 Matchday 4: Messi makes PSG debut off bench, Nice beat Bordeaux
Messi makes Paris Saint-Germain debut, but Mbappé is the star of the show in a 2-0 win over Reims