Messi makes Paris Saint-Germain debut, but Mbappé is the star of the show in a 2-0 win over Reims 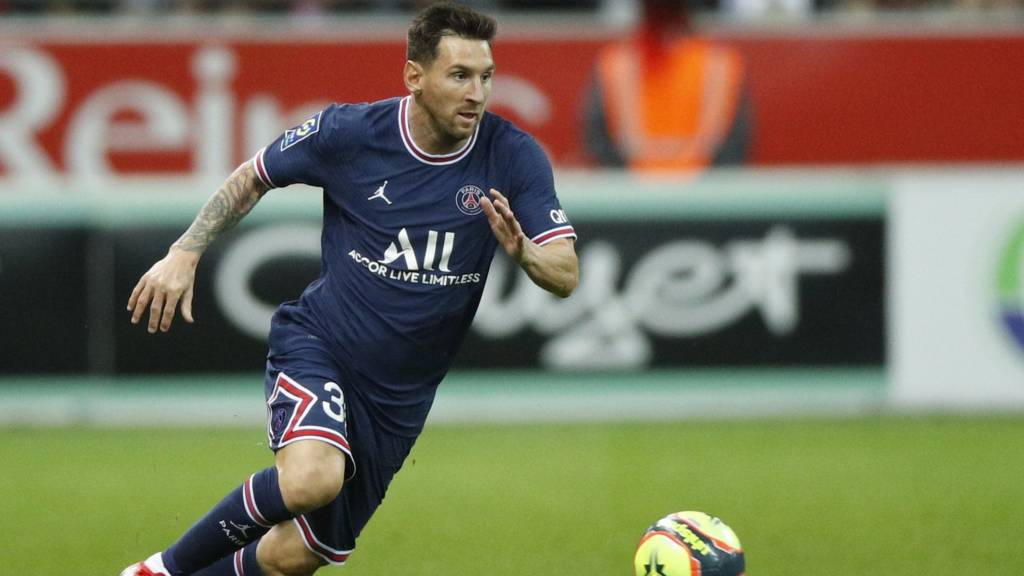 Lionel Messi made his long anticipated debut for Paris Saint-Germain on Sunday, coming on as a second half substitute for old friend Neymar in the team’s 2-0 Ligue 1 win over Reims.

Despite this, it was Kylian Mbappé who stole the show on Messi’s special night, scoring both goals to continue PSG’s perfect start to the season. The French star’s future has been at the centre of intense scrutiny recently, with Real Madrid reportedly submitting two separate bids in excess of $180 million to try and prize the 22-year-old away from Paris.

Both offers have reportedly been rejected by PSG, though club sporting director Leonardo admitted last week that Mbappé wants to leave.

It was the first club game of Messi’s career for a team other than Barcelona.

“He is still far away from his best form but he has been training well and he will be fit in the next two weeks,” boss Mauricio Pochettino told Amazon. “We are waiting for the best from him. I’m very happy that he made his debut. It was very important for him.“

“He was good, from his first touches he gave the team peace of mind. It’s good for him to start with a win. It was good to hear the crowd cheering for him, not just our supporters, it’s something Leo has earned.”

Mbappé’s first goal was a header from an Angel di Maria cross and for his second he swept home Achraf Hakimi’s cross.

“Kylian is our player and you know that in football and in business there is always gossip and rumours,” Pochettino said. “I think our president and our sporting director were very clear and he is still here. I am really happy to have Kylian. He is one of the best, one of the most important players in the world today, and for him to be with us is a gift.”

But the headlines will be about 34-year-old Messi, who came on moments after that second goal.