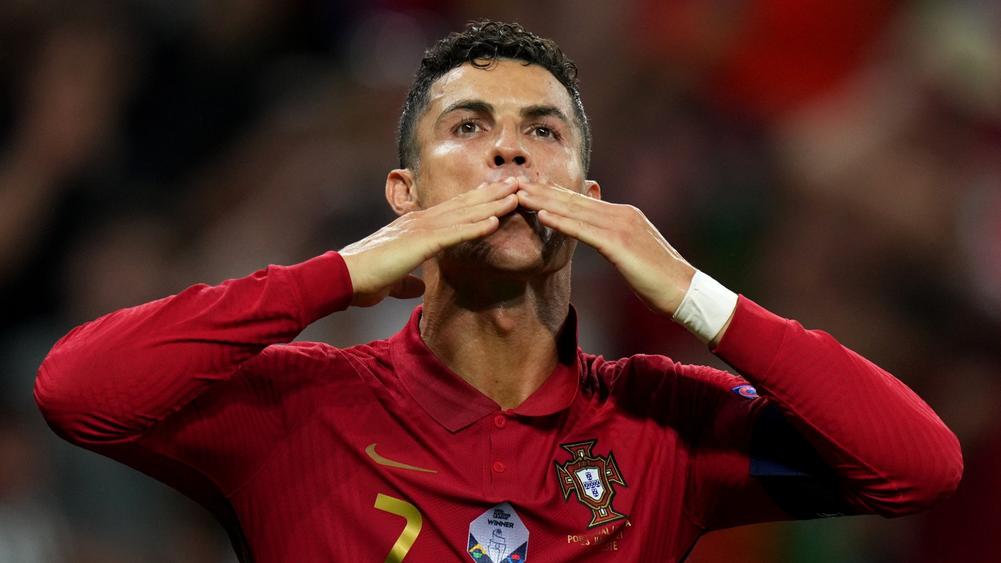 He has now scored more international goals than any footballer in history.

After scoring the two goals – in the 89th and 96th minute of added time – the forward said Portugal “believed they could win until the end”.

He nodded two headers home twice in the dying minutes of the World Cup Qualifier at the Estadio Algarve, taking him to 111 goals for Portugal – two ahead of the previous record.

He said: “I’m so happy, not only because I beat the record, but for the special moments that we had. Two goals at the end of the game, it was so tough but I have to appreciate what the team did. We believed until the end, the supporters too. I’m so glad.”

He later posted on Instagram: “From all the records that I have broken during my career – and fortunately there have been a few – this one is very special for me and it’s certainly on the shelf of the achievements that make me truly proud.“

FIFA president Gianni Infantino wrote to Ronaldo: “This achievement rewards an outstanding career of almost two decades representing your country at the highest level, which speaks of your tremendous commitment and dedication to your art and your incredible passion for football.”

“In the process of breaking the record for the number of goals in men’s international football, you have become not only a national hero but an international icon and a role model for aspiring players all around the world. Your skills and consistent drive for improvement deserve global acclaim and admiration. Parabens, Cristiano!”

Ronaldo will hope to continue his success when he returns to Manchester United after the international break.