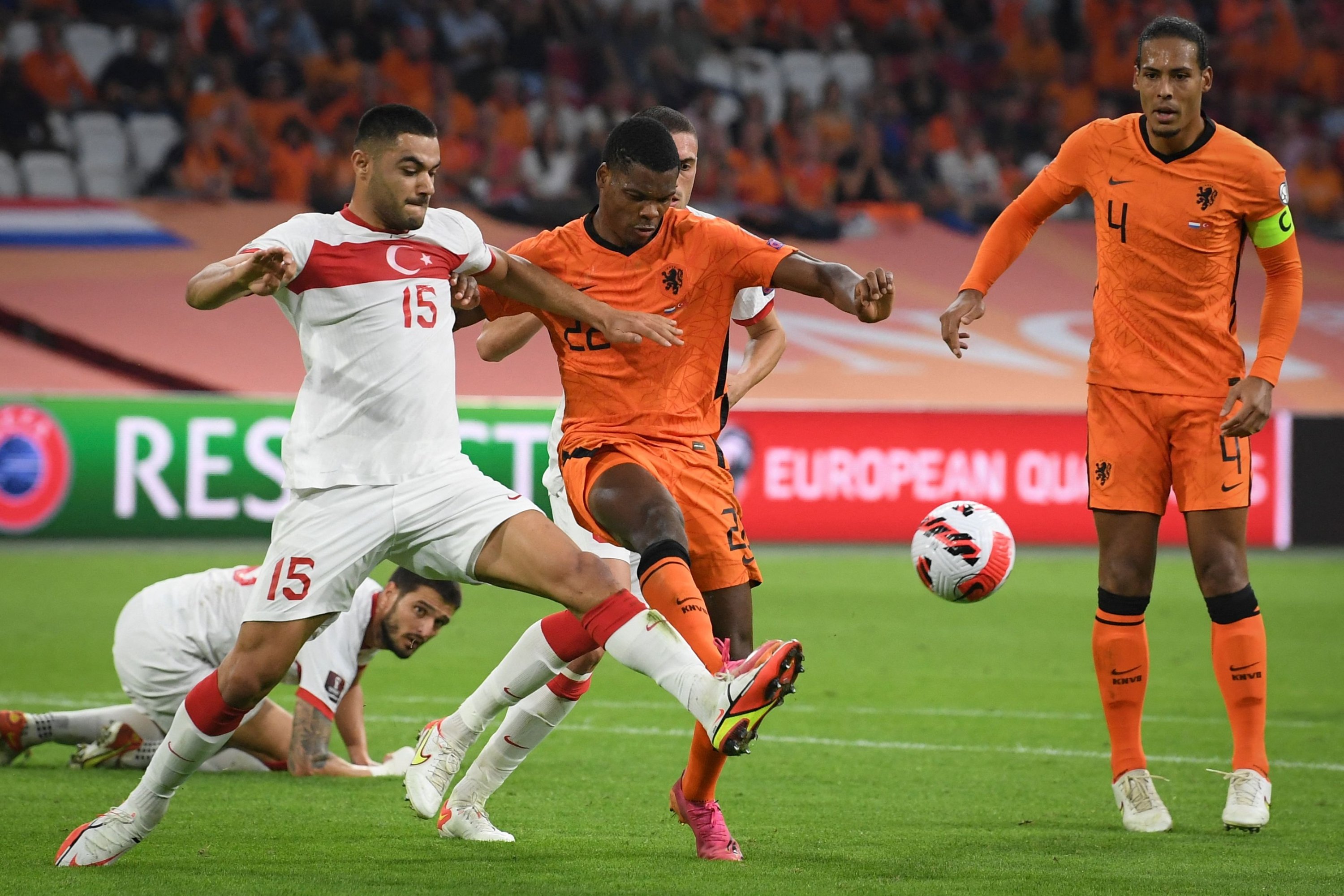 Memphis Depay grabs his first international hat-trick as Turkey are swept aside. The Netherland’s now overtake Turkey at the top of Group G.

Davy Klaassen scored inside a minute for The Netherlands. He played a neat one-two with Depay close to the penalty spot and calmly slotted home off the inside of the far post and into the Turkish net.

Next, Depay netted his first goal of the evening. Again, it came from a one-two, with Klaasen turning provider this time. His clever pass released the Barcelona man, who scored with a first-time finish.

Depay then struck a cheeky chip from the spot for his second after Klassen was unceremoniously hacked down in the box and nodded home his third from point-blank range to make it 4-0.

The Barcelona striker has scored 12 goals in his past 10 games for his country, having played an important role in the Netherlands’ 4-0 victory over Montenegro, where he netted twice. Depay has scored 28 goals and contributed 14 assists for club and country in 2021!

Guus Til then outfoxed Uğurcan Çakır in the Turkish goal with a clever turn to make it 5 and Donyell Malen made it 6 with a low drive to secure the Netherlands’ 4th win of the campaign so far.

Leicester City defender Caglar Soyuncu’s red card on the stroke of half-time, for a second bookable offence, gave the Netherlands the opportunity to exploit. However, Cengiz Under managed a consolation goal for Turkey in stoppage time at the end of the game.

The Dutch are joint-top of Group G with Norway on 13 points, but they lead the group by a significant goal difference. After this abject performance, Turkey slip to 3rd in the group on 11 points. To stand any chance of qualifying for Qatar, they will need to lift their game. Turkey meet Norway on the 8th of October. A win in that game now looks vital to both teams’ chances.