World Cup Qualifiers: Italy Break a World Record in a 5-0 Humbling of Lithuania! 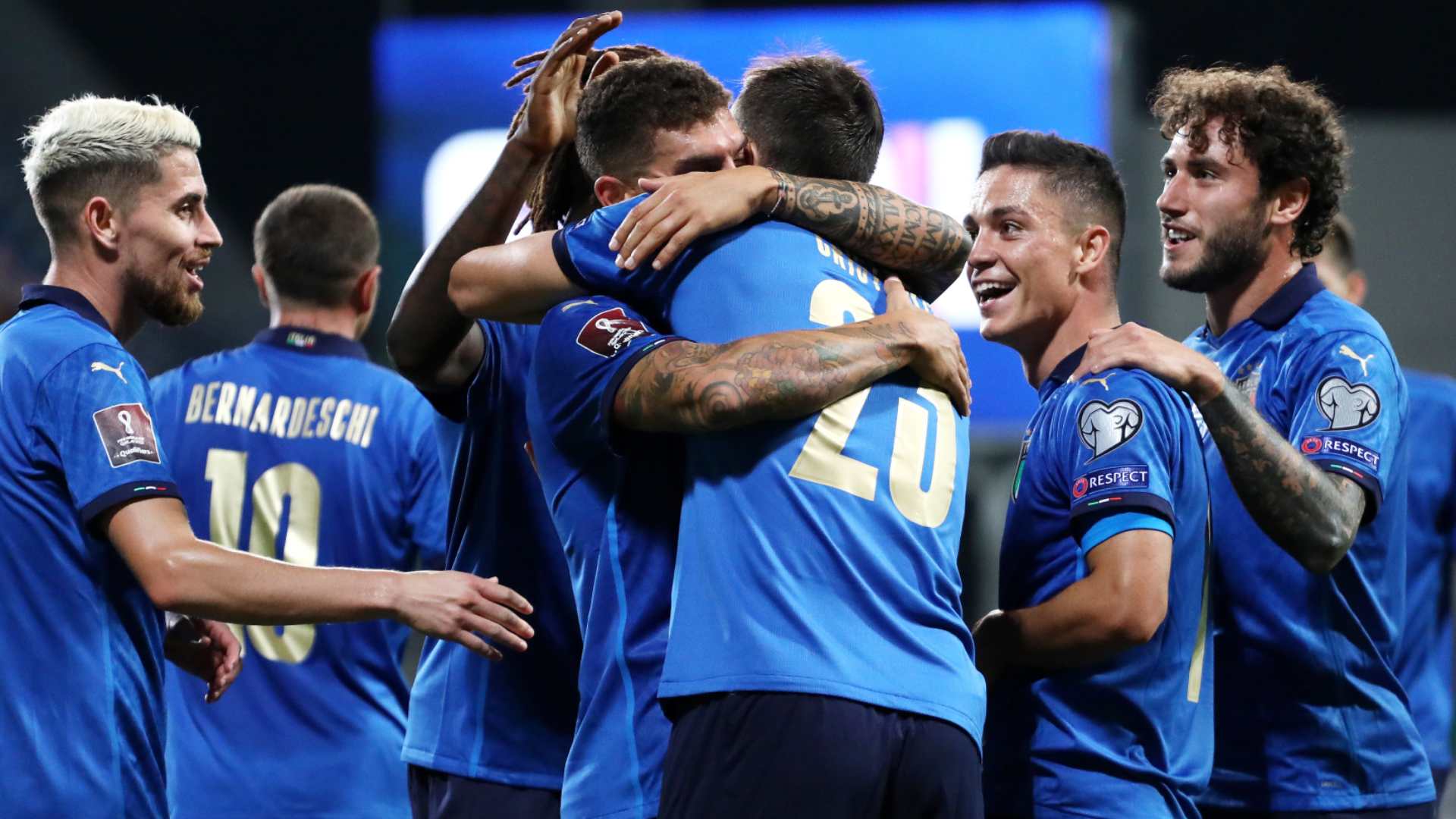 European champions Italy become the first ever nation to go 37 games unbeaten, as they demolish Lithuania in Reggio Emilia, Italy.

Many people suggested that Italy had broken the record during last Sunday’s goalless draw with Switzerland. However, Roberto Mancini’s side ended any doubt, with Everton’s Moise Kean, who is currently on loan to Juventus scoring twice, after 11 and 29 minutes.

In between the 2 Kean goals, the hapless Edaras Utkuse managed to chest an Italian shot into his own goal on 18 minutes and Giacomo Raspadori found the net with a poacher’s goal on 24 minutes, as he fired in from close range.

Then, on 54 minutes, Giovanni Di Lorenzo completed the rout, with the only goal of the second half. Whether it was intended as a cross or a shot didn’t matter, as it sailed into the net.

Brazil disputed the suggestion that Italy had already broken the record. They claim that they also went 36 games unbeaten between 1993 and 1996. Italy, however, put any debate to bed, as they also scored 4 times inside the first 30 minutes in a match for the first time in their history.

Mancini’s side haven’t lost for 3 years since losing to Portugal in a Nations League match on the 10th of September 2018. Italy are 6 points clear at the top of Group C with 4 games remaining, although 2nd-placed Switzerland have 2 games in hand.

As for Lithuania, they sit marooned to the bottom of the group, with 0 points from 5 games played so far. It’s safe to say that they won’t be making an appearance in Qatar!