Liverpool Come from Behind to Win a Champions League Thriller! 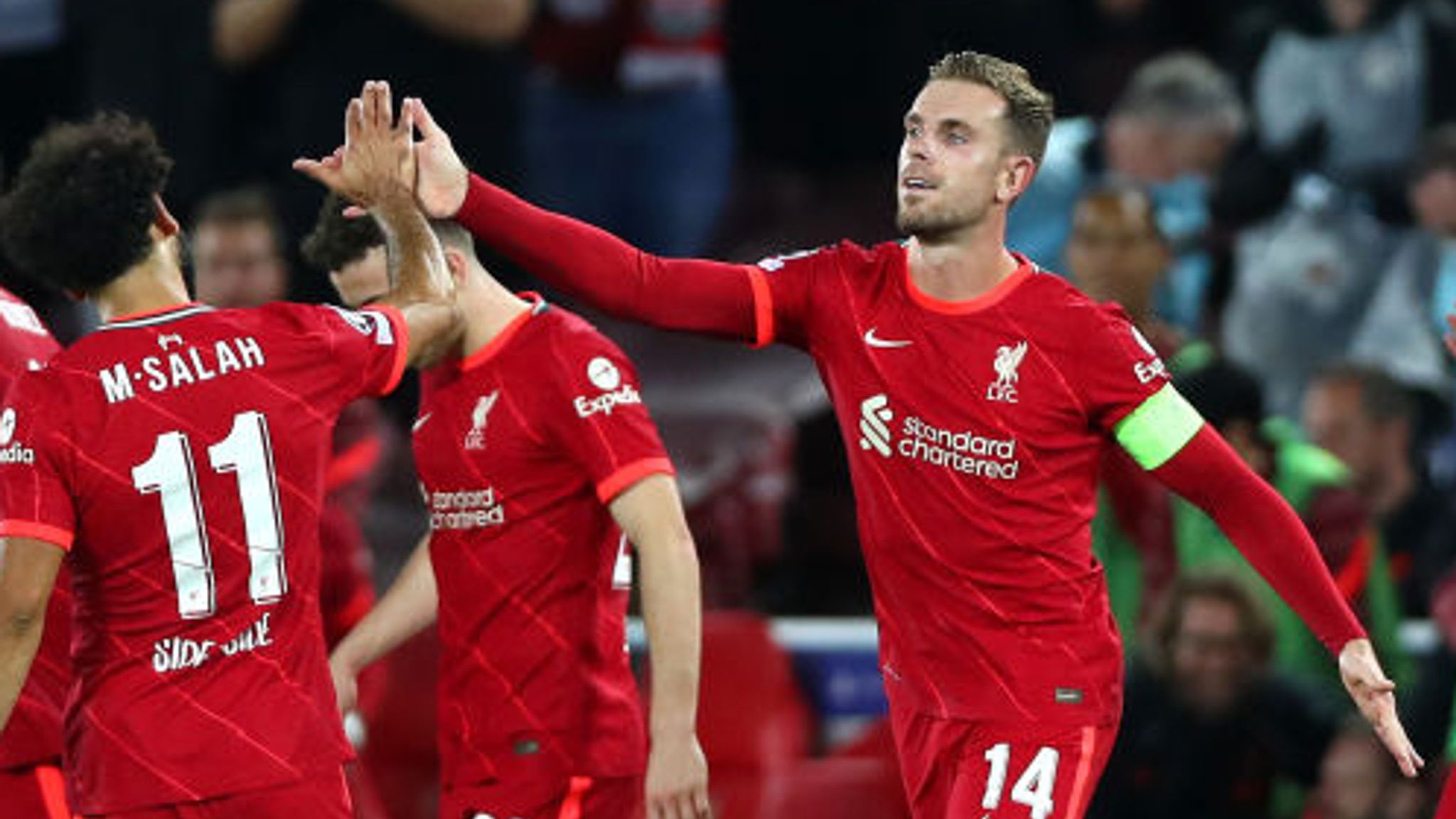 Liverpool dominate the game, but it takes a fantastic strike from Jordan Henderson to finally see off AC Milan 3-2 at Anfield.

Jurgen Klopp’s Liverpool team pressurised Milan’s goal from the start. Within the first 5 minutes, both Diogo Jota and Divock Origi spurned decent opportunities for the Reds. However, they took a deserved early lead on 9 minutes, when Fikayo Tomori deflected a cross from Trent Alexander-Arnold, over Mike Maignan in the Milan goal and into his own net.

Liverpool missed the chance to double their advantage when Mohamed Salah’s penalty was saved by Maignan. It was a stunning double save from the keeper. First, he saved the initial penalty, guessing correctly and diving to his right, then he was immediately back on his feet to keep out Jota’s diving header.

The English team were stunned when Milan scored twice in the space of seconds right on half-time. Firstly, Ante Rebić received the ball unmarked on the left side of the Liverpool area and calmly finished into the bottom corner. Then, Brahim Díaz bundled the ball home, with Liverpool keeper Alisson completely stranded, after a telling cross from Rebić. That took the score to 1-2.

Liverpool regrouped at half-time and again subjected Stefano Pioli’s Milan outfit to intense pressure immediately. They were rewarded for their rousing comeback when Salah made up for his penalty miss by equalising from close range after 48 minutes. He was expertly set up by Origi’s inch-perfect chipped through ball into the box, to level the score at 2-2.

Then, Jordan Henderson smashed home his first Champions League goal for 7 years in the 69th minute when Milan could only half-clear a Liverpool corner to finish off this hugely entertaining Group B opener.

Liverpool occupy the top spot in Group B and Milan are currently bottom. Atlético Madrid and Porto have 1 point each after their 0-0 draw in Madrid.