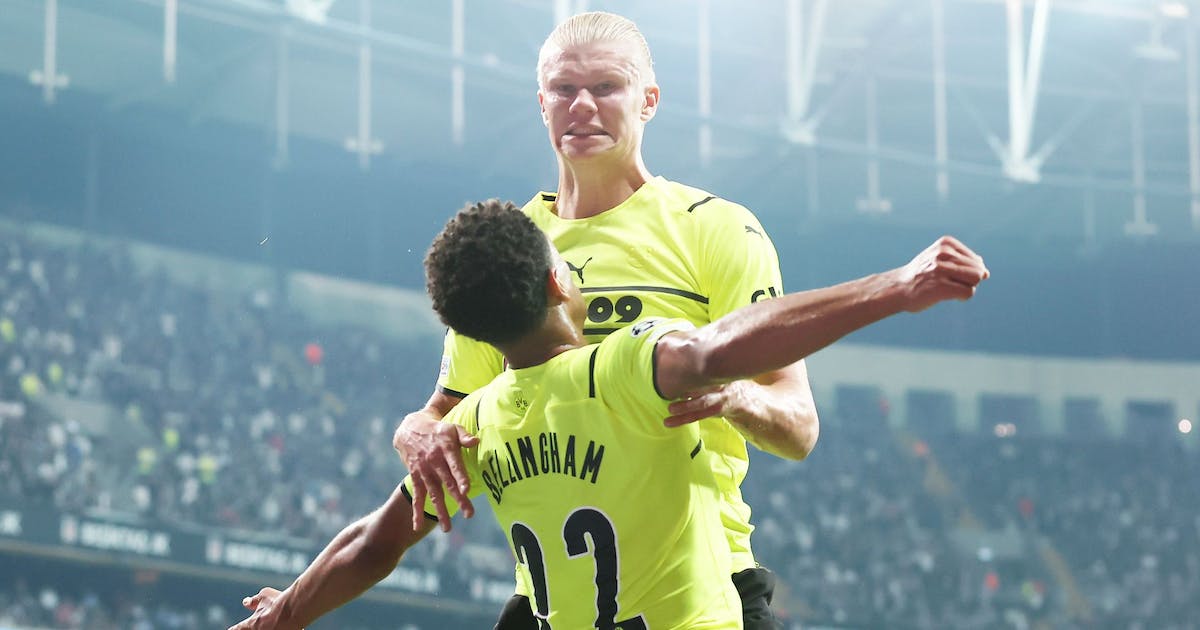 Dortmund win 2-1 away at Beşiktaş. Goals from Jude Bellingham and Erling Haaland take all 3 points back to Germany.

18-year-old English teenager Jude Bellingham was a star of the night for Borussia Dortmund as he opened the scoring in the Bundesliga side’s Champions League Group C victory away at Besiktas. The midfielder chested Thomas Meunier’s lofted ball into his path before firing through keeper Ersin Destanoğlu’s legs from a tight angle on 20 minutes.

A clever run from Bellingham then allowed him to tee up Erling Haaland to double Dortmund’s lead in injury time at the end of the first half with a comfortable finish.

Javi Montero’s late header for the hosts, from an expertly swung in corner from Mirolem Pjanic, then set up a nervy finish in Istanbul. However, Dortmund hung on for a well-deserved 2-1 win.

Haaland’s strike was his 21st goal in 17 games in the Champions League, first with Red Bull Salzburg and now with Borussia Dortmund.

The 21-year-old, who is the youngest player ever to reach that total, has also achieved the record in 10 games fewer than any other player. Ruud van Nistelrooy is the next closest and it took him 27 games!

Haaland, who has scored 66 goals in 66 games for Dortmund, earlier missed a great chance to double the visitors’ lead while Bellingham almost added his second after another trademark mazy run. On-loan Chelsea striker Michy Batshuayi was also denied at the other end by Dortmund goalkeeper Gregor Kobel after going clean through for Beşiktaş.

The result puts Borussia Dortmund in 2nd place in the Group C table. They are level on points with Ajax after the Amsterdam club beat Sporting Lisbon 5-1 away last night. However, they have an inferior goal difference. Beşiktaş are 3rd in the group on goal difference over Sporting who are currently bottom of Group C.

Nine Champions League Goals at the Etihad!
Messi and PSG Shocked, held to One Point by Bruges!