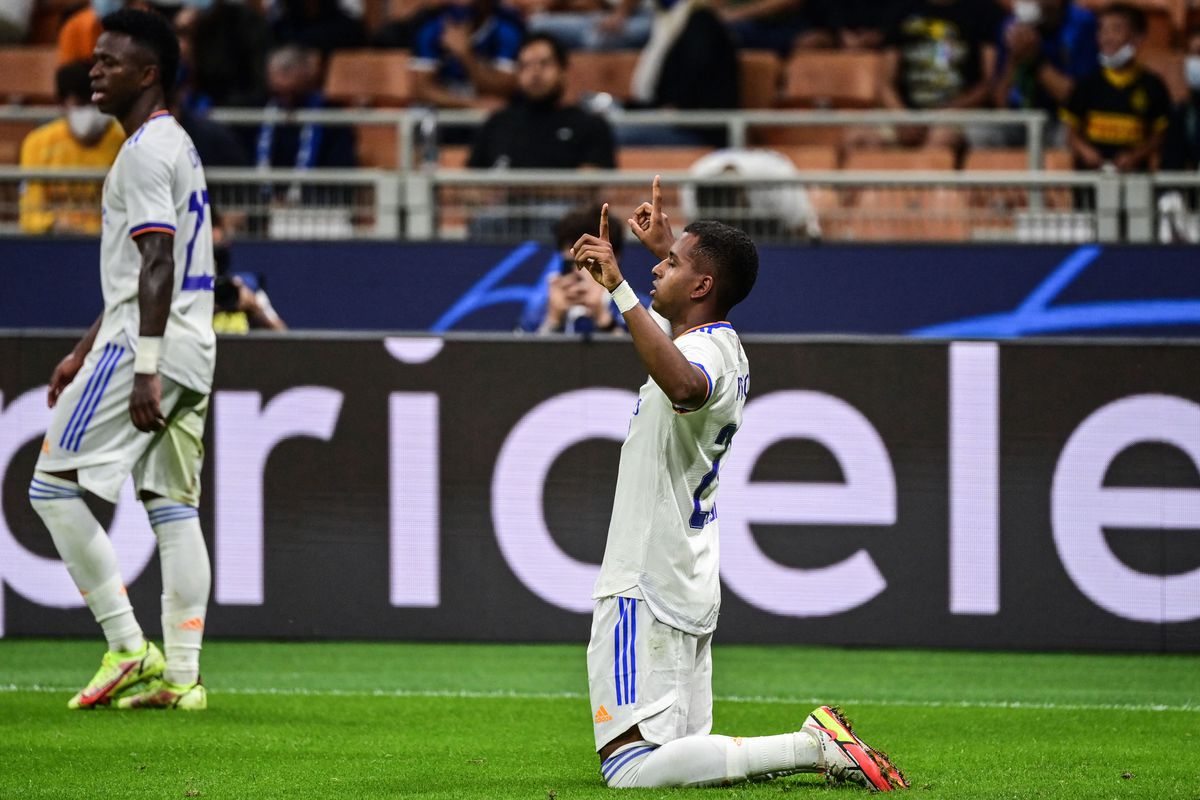 Real Madrid substitute Rodrygo scored in the 89th minute on Wednesday, striking a pass from Eduardo Camavinga and volleying the ball in with seconds remaining of normal time.

Inter dominated large parts of the game at the San Siro, having 5 shots on target, yet throughout the game Real goalkeeper Thibaut Courtois did enough to keep the ball out of the net.

All of the work on Inter’s part, though, was for nothing – as the San Siro were stunned into silence by a brilliant goal from Rodrygo in the final minute of normal time. Replacing Lucas in the 68th minute, Rodrygo brought some much-needed pace to Real’s game, and the move eventually paid off for Real Madrid manager Carlo Ancelotti.

As one commentator put it: “Real Madrid have nicked this right at the death!”

Real are second in the group behind Moldovans Sheriff Tiraspol, who stunned Shakhtar Donetsk with a 2-0 win on their tournament debut.

Ancelotti said post-match: “It’s a very important victory. The team had a great attitude and thanks to Courtois we have kept a clean sheet. If we’re in a low block we have more chances to play on the break. We played more to the wings with the introduction of Rodrygo. We had to suffer and be compact and I really enjoyed the game.”

Messi and PSG Shocked, held to One Point by Bruges!
Burnley v Arsenal: Preview and Prediction