Arsenal beat Burnley with a free kick from Odegaard! 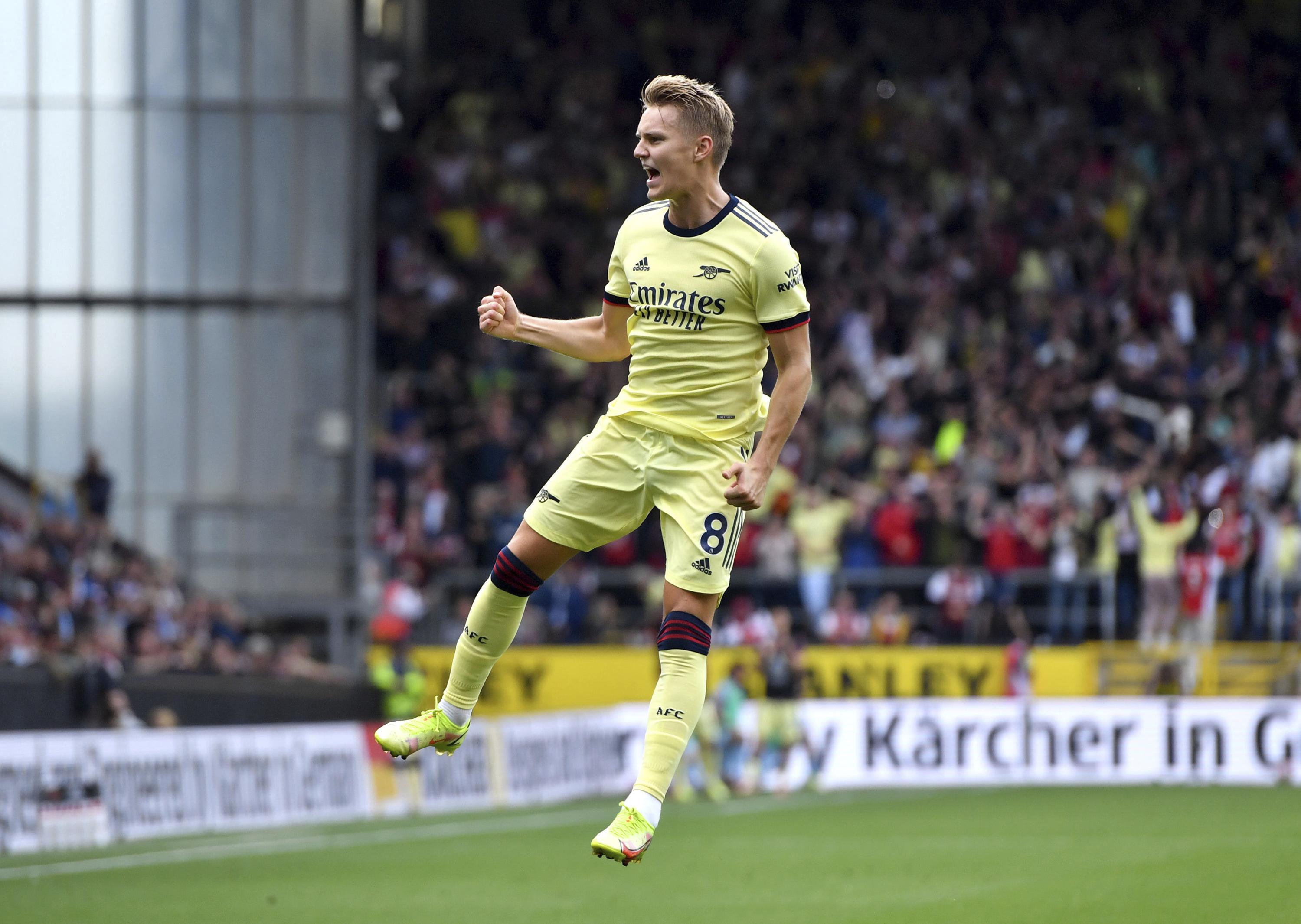 Martin Odegaard’s magnificent free-kick in the 30th minute gave Arsenal their first away win of the season at Burnley.

The Norwegian midfielder curled the ball gracefully past Nick Pope into the top corner, helping Mikel Arteta’s side to now have six points.

The Gunners survived pressure from Burnley in the second half, and there was a massive scare when Burnley were apparently handed a penalty, only for referee Anthony Taylor to overturn his initial decision after reviewing the incident on the pitchside screen, seeing footage showing Aaron Ramsdale playing the ball.

As Arsenal had not lost at Burnley’s Turf Moor since 1973, they travelled north with a degree of confidence.

These hopes were helped by a strangely subdued home side, who were not a real threat until Maxwel Cornet’s introduction after 57 minutes.

Mikel Arteta’s midfield axis – Odegaard and Emile Smith Rowe taking either side of Thomas Partey, who played deep – was particularly effective, even if the goal threat of Nicolas Pepe and Pierre-Emerick Aubameyang was insignificant.

“Now we have to put a run together.” Mikel Arteta said. “We know how much we need the results and the performances will lead to that.“

“This was a really hard-fought victory in a place that is really tough to come and win. They do really well …. We started really well, we had some big phases where we saw a lot of things I wanted as a team.”

After the final whistle violence broke out between Arsenal and Burnley supporters, and a number of missiles were thrown. A stadium announcement asking fans to clear the area was ignored, although the crowds dispersed after around 10 minutes.

Messi or Ronaldo?!
An Easy Win for the Reds at Anfield!