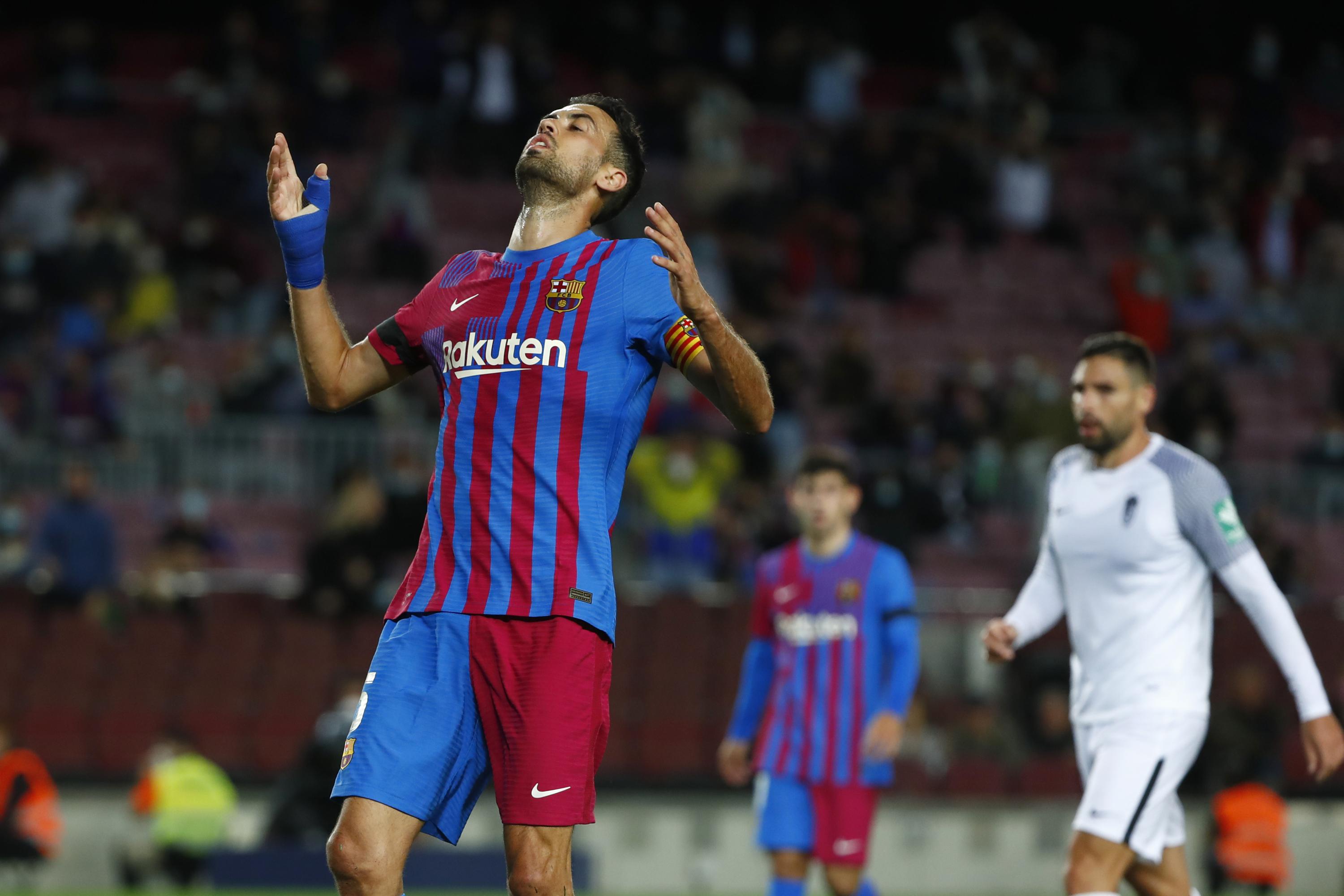 Ronald Koeman “won’t answer any more questions about the future” after Ronald Araújo’s injury-time header rescued a point for his poor Barcelona side against Granada in La Liga yesterday. However, a point will do little to cover up another poor home display as the pressure continues to mount on Koeman.

Centre-back Araújo, who was playing as a makeshift striker found the net right at the end of a 2nd half that Barcelona dominated. Gavi played a clever pass that was somewhere between a cross and a through ball and the Barcelona man met it with a bullet header into the back of the net.

Earlier, Granada had taken the lead in the 2nd minute through Domingos Duarte’s headed goal. A fine cross was swung in from the left by Sergio Escudero and Duarte was the man in the right place with a fine downwards header that left Marc-André ter Stegen in the Barcelona goal with no chance.

Having been thrashed by Bayern Munich in the Champions League last week, this result will do little to lift spirits, as the questions continue about Koeman’s future as Barcelona boss.

Diego Martínez’s Granada outfit will be disappointed not to have picked up a 1st win of the season and 2nd victory in 2 seasons away to Barcelona after dealing so well for so long with the home side’s 45 crosses from open play into the Granada box!

The final whistle was met with boos from the home crowd, who were disappointed with the result and unimpressed by the hosts’ new, more direct style of play.

Barcelona now move up to 7th position in the La Liga table with 8 points. Despite some underwhelming performances, they remain unbeaten in La Liga. Granada are in 17th, just above the relegation zone.