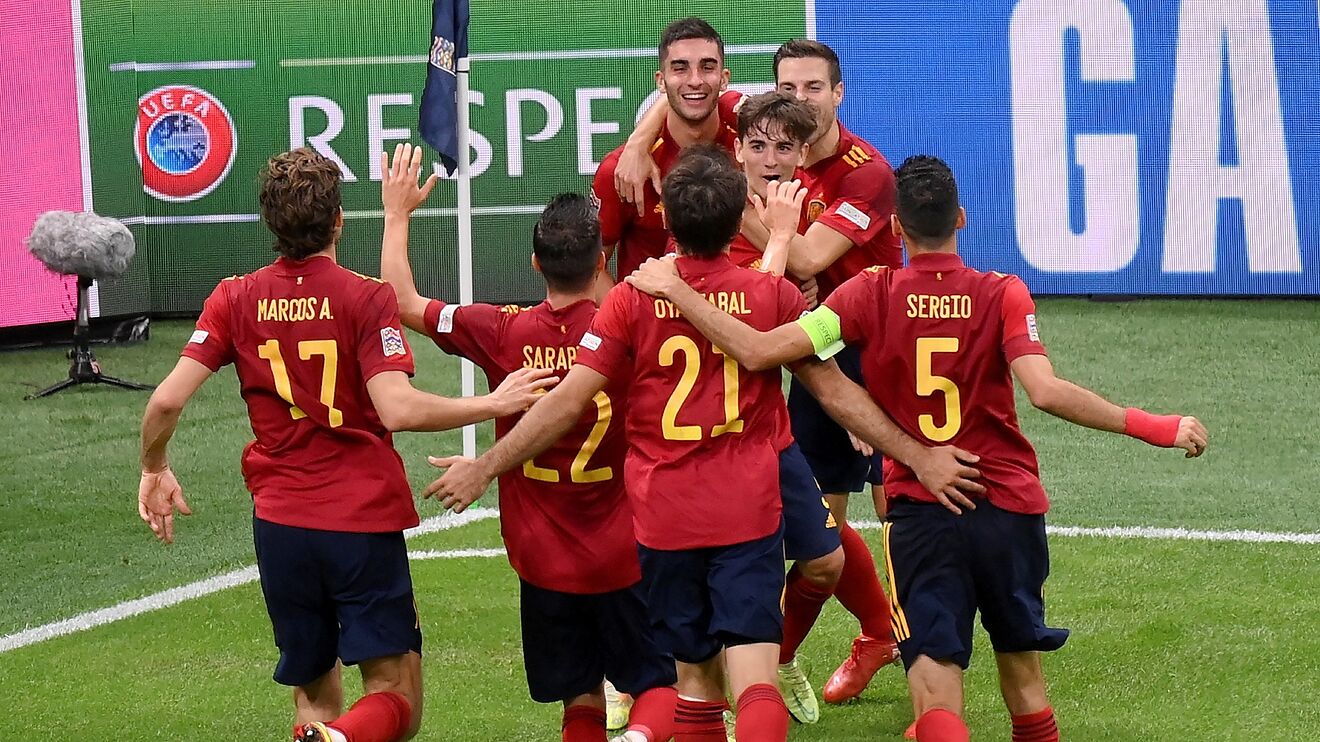 Luis Enrique’s side got revenge for Spain’s defeat to Italy in the Euro 2020 with a 2-1 victory in Milan to reach the Nations League final!

Spain earned some semi-final revenge over Italy on Wednesday, as Ferran Torres scored twice and Leonardo Bonucci was sent off as they reached the Nations League final. Spain’s 2-1 win ended the European champions’ long unbeaten run.

Luis Enrique’s side – who had lost on penalties to Italy in the Euro 2020 semi-finals at Wembley this summer – produced an excellent first half in Milan, with Torres applying two fine finishes and Bonucci helping their cause with bookings for protesting and leading into an aerial challenge with an elbow.

The Azzurri had not tasted defeat in their previous 37 games, but Roberto Mancini’s side were in disarray during that opening half. Gianluigi Donnarumma dragged a shot wide onto his post before Lorenzo Insigne wasted a golden chance to make it 1-1.

Italy, looking desperate, sent on the world-class veteran defender Giorgio Chiellini at half-time, and they improved from there, setting up a magnificent finish when Lorenzo Pellegrini scored with just seven minutes to play. However with 17-year-old Gavi putting on a strong showing as their youngest player, and 18-year-old Yeremi Pino being magnificent, Spain looked a formidable force ahead of their Sunday showdown at the same venue with either Belgium or France.

Italy goalkeeper Gianluigi Donnarumma was in a strange situation. He left San Siro occupants AC Milan for Paris St-Germain in the summer, and was booed loudly throughout by his own fans, appearing to affect him at times, most notably when he fumbled Marcos Alonso’s volley onto the post moments after the opening goal.

“Italy were playing and it was not a club match,” Italy boss Roberto Mancini said. “They could have put this situation aside for one night and whistle when it comes to a PSG versus Milan game. Italy is Italy, and comes above everything else.”