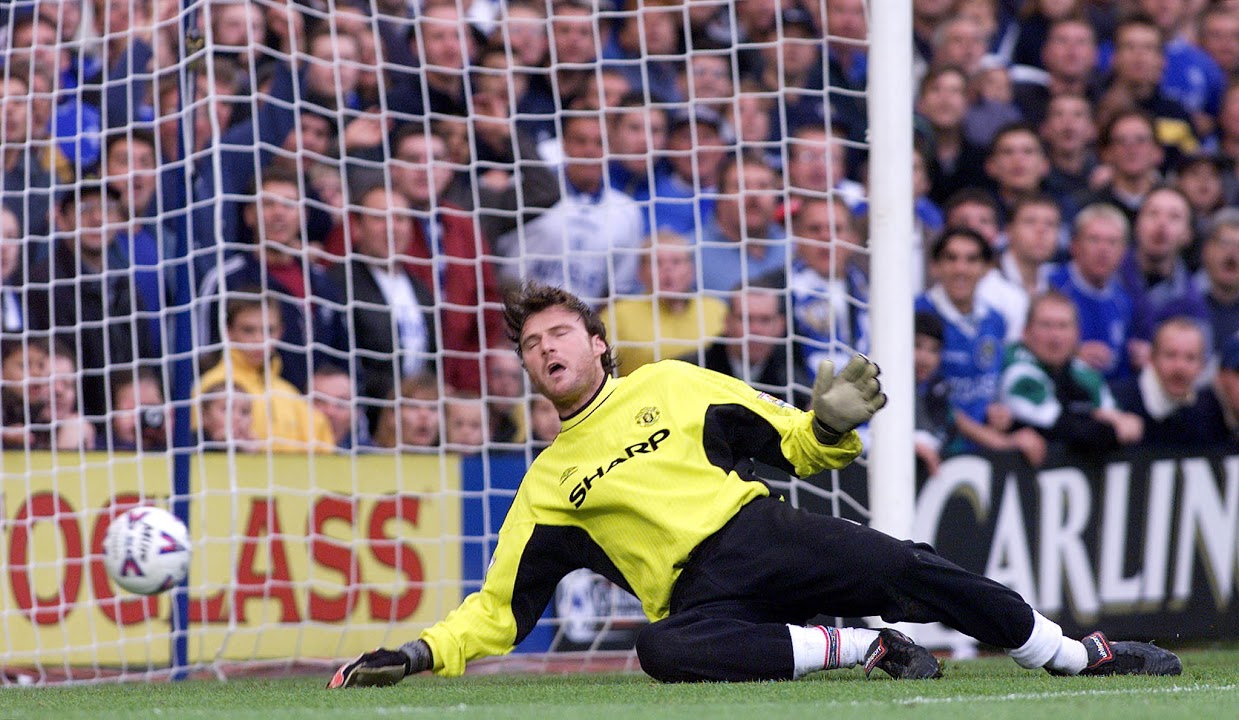 Peter Shilton was one of the greatest goalkeepers ever. However, this was not one of his best moments and unfortunately came in his last international appearance. Shilton receives a back pass from an England defender but doesn’t realise that Roberto Baggio is in close attendance. The Italian striker then steals the ball from Shilton and passes to Salvatore Schillaci, despite appearing to be rugby tackled by the England shot-stopper. Baggio then gets up in time to score one of the easiest goals of his career!

Italian goalkeeper Massimo Taibi signed for Manchester United from Serie A club Venezia for a reported £4.5 million. Not long after his arrival, he did this! Southampton’s Matthew Le Tissier has a speculative shot from outside the area, that should be a comfortable save for any goalkeeper. However, Taibi lets the tame shot go between his legs and into the United goal. In his next game, the Italian would go on to make another mistake in a game against Chelsea. He never played for Manchester United again!

This one is a Premier League classic from Birmingham goalkeeper Peter Enckelman. From a routine throw-in, the ball rolls across the St Andrews turf for Enckelman to take a touch and pick out a fellow Villa player. Instead, under no pressure whatsoever, the Finn attempts to clear the ball far up the pitch, completely misses his kick and the ball trickles underneath his boot. The ball then agonisingly crosses the line to send both sets of fans into howls of laughter!