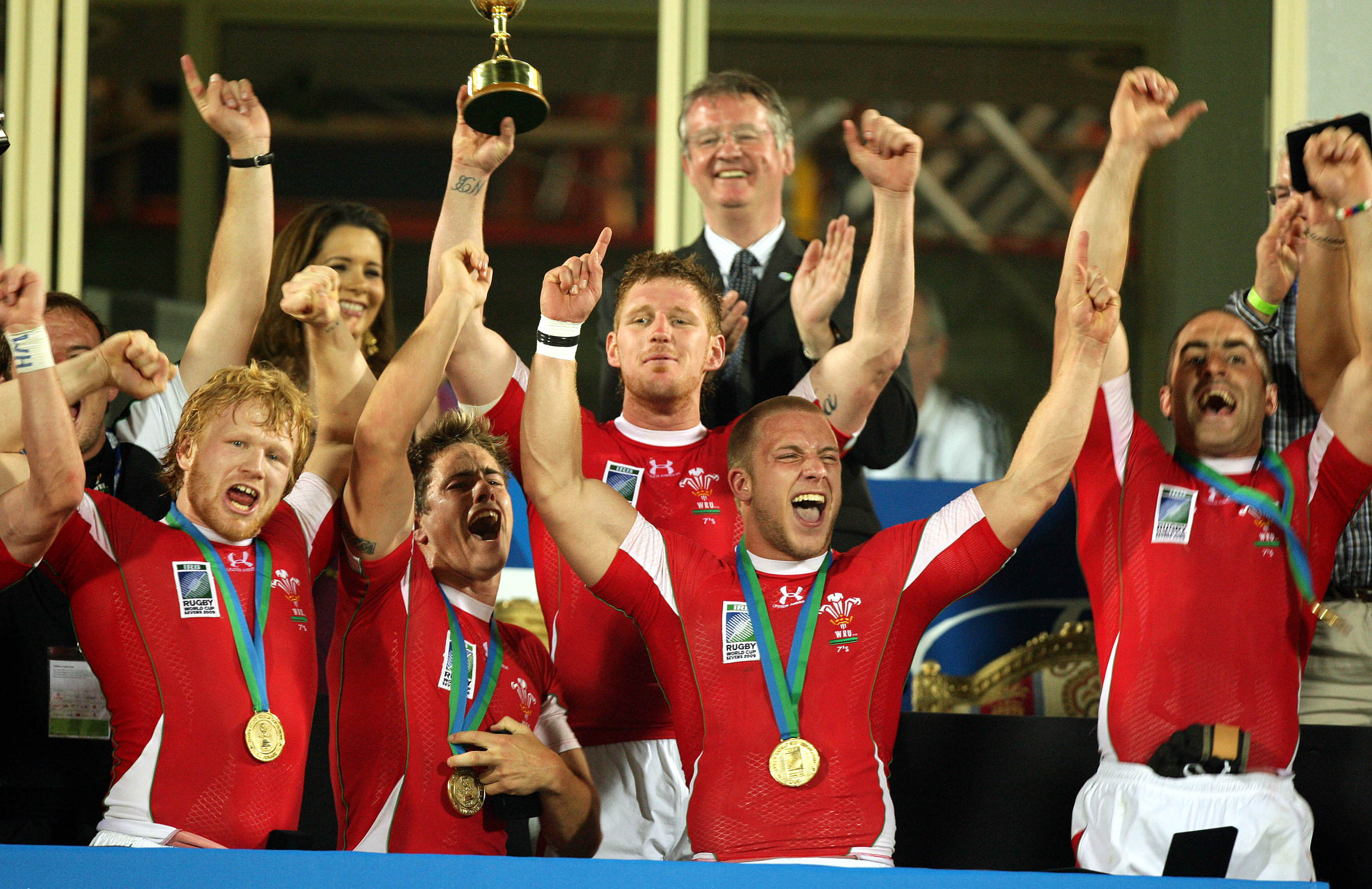 Our series on the history of rugby continues with a look at what happened in the 2009 Rugby Sevens World Cup!

Seven months before International Olympic Committee voted in favour of including rugby sevens in the Olympic programme, Dubai hosted the fifth edition of RWC Sevens which was the first to feature both a men’s and a women’s competition.

The action was intense from the start and there were notable upsets and performances in the early rounds, but both of the tournaments will forever be remembered for their incredible set of quarter-final matches!

In the women’s event, New Zealand and the USA passed through untroubled but alarm bells started ringing when South Africa were victorious over Spain and then Australia pulled off what seemed like a giant-killing against a strong England side.

In the semi-finals, just one conversion proved the difference for favourites New Zealand over USA and Australia saw off an inspired South Africa by a single try. Therefore, it was a trans-Tasman tussle to determine the first-ever women’s champions. It took a try by Shelly Matcham 36 seconds into sudden-death extra-time to divide the teams and ensure it was Australia who had their name engraved on the new trophy.

The men’s event was full of unbelievable upsets as Wales beat 2001 champions New Zealand 15-14, England lost to Samoa in an extra-time thriller, South Africa fell against Argentina and, most incredible of all, defending champions Fiji were soundly beaten by Kenya!

Wales accounted for Samoa in the semi-finals before Argentina whitewashed Kenya 12-0. The final was on a knife-edge at 12-12, with a minute to go until Aled Thomas raced away to score the decisive try and Wales, the 80-1 outsiders, were champions of Rugby Sevens World Cup 2009!