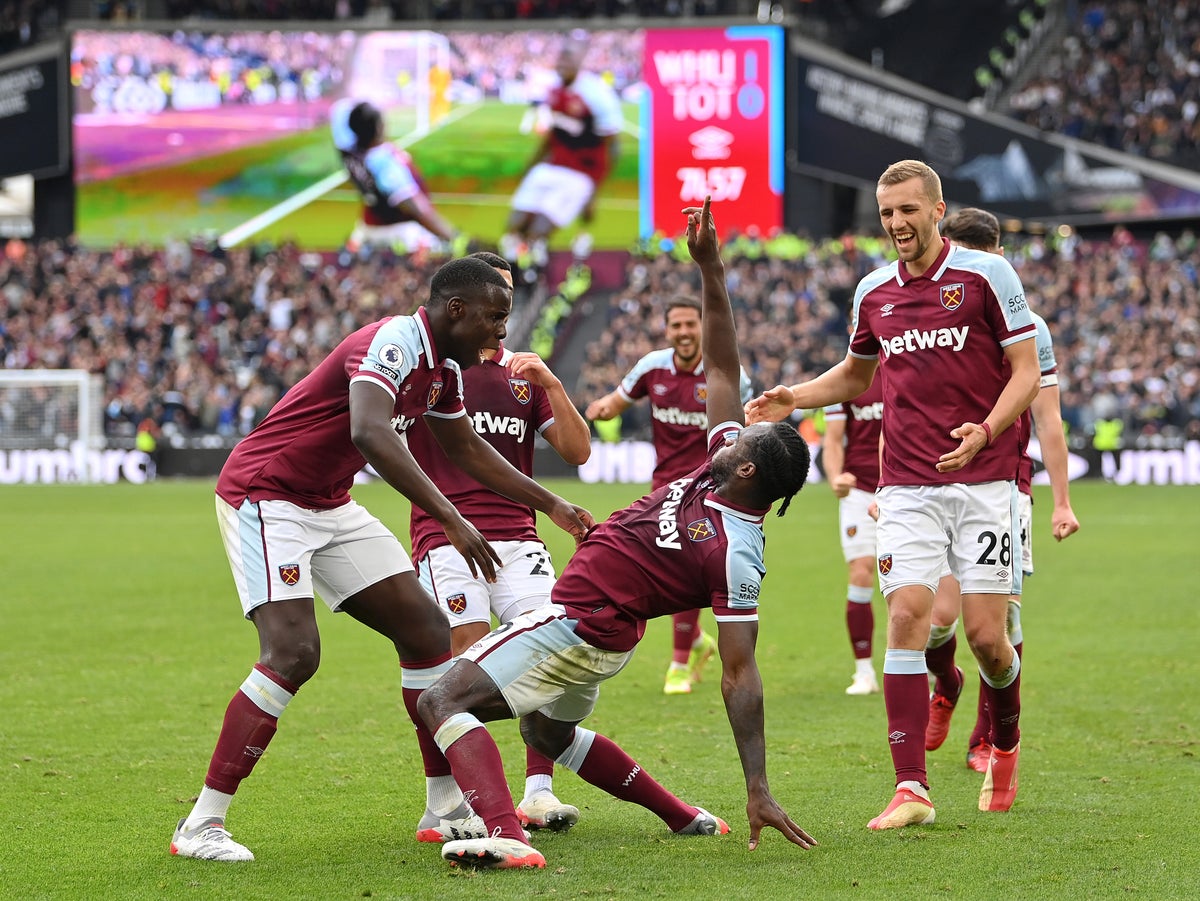 One goal from hitman Michail Antonio is enough for the Hammers to overcome Spurs at the London Stadium. West Ham move into the top four!

A single second-half goal from Michail Antonio was the difference between West Ham United and Tottenham Hotspur at the London Stadium on Sunday, as the home team achieved a 1-0 victory.

David Moyes’ West Ham now go above Tottenham in the English Premier League (EPL) table and into the top four.

Spurs failed to create any decent opportunities in the second half and Nuno Espírito Santo said the defeat was tough to take, although he claimed that Tottenham were the better team.

Antonio, who had trials at Tottenham when he was a teenager, had most of the chances, worrying the Spurs defence on more than one occasion. Cristian Romero had an especially difficult match with the 31-year-old as the centre-back was often second best against the English striker.

It was 72 minutes into the game, though, before Antonio found the only goal of the game from a corner. Aaron Cresswell crossed the ball into the box and the Hammers’ hitman flicked it into the net at the near post.

“The ball came my way and obviously being the poacher I am, I stuck my foot out. I was surprised it went in because I kind of got my foot there to get in front of him,” Antonio told Sky Sports after his sixth EPL goal this season and sixth in total against Spurs.

“[Whether] it’s this stadium or their stadium, I just like scoring against them. I have the No. 9 shirt and that’s what I need to do,” the striker continued.

The result means that West Ham move up to fourth place, on 17 points, after nine matches played. Tottenham are now in sixth with 15 points and the pressure is rising on Nuno!