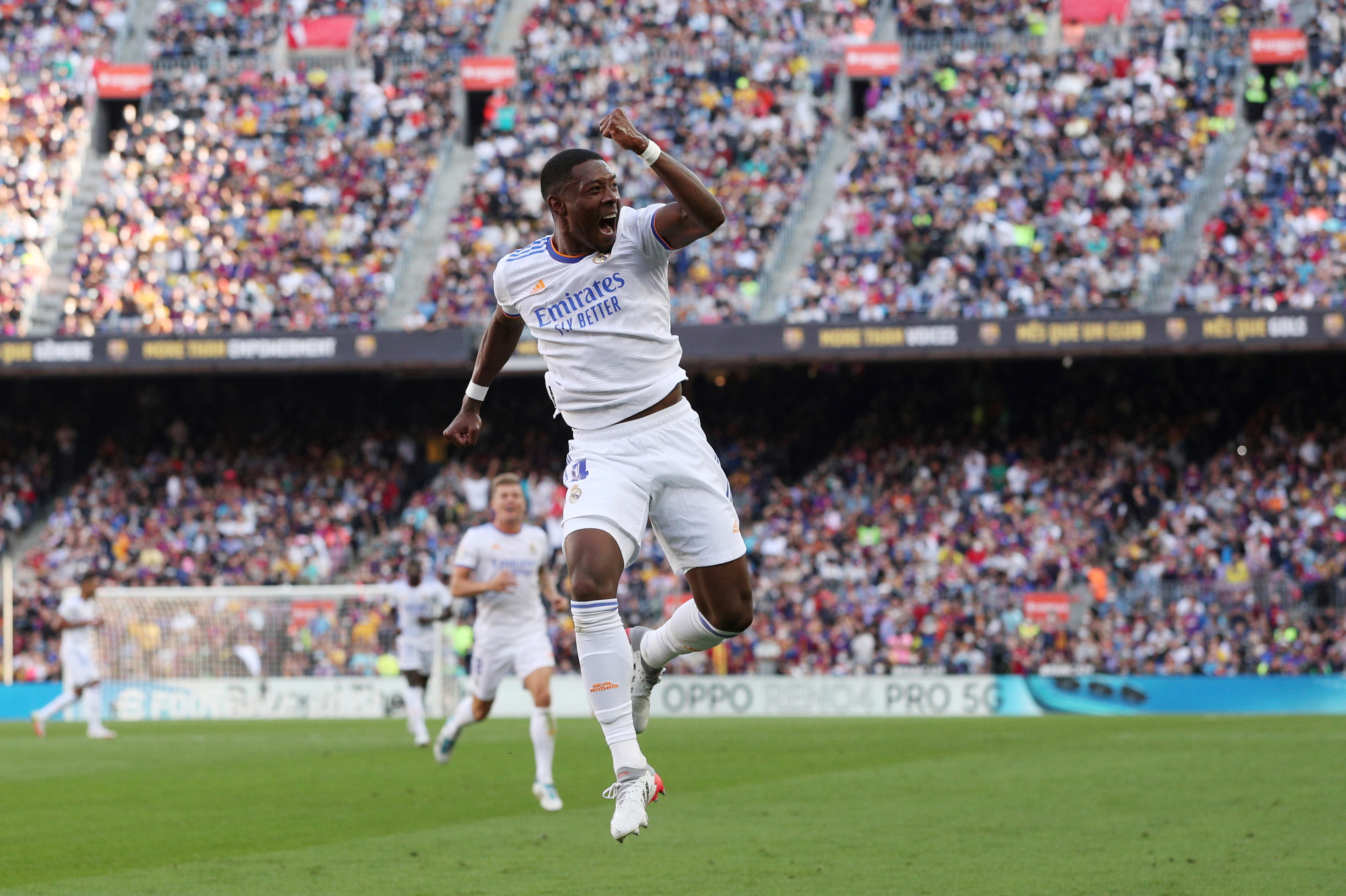 Two goals in the space of a few minutes in added-time allowed Real Madrid to win 2-1 in the first El Clasico since 2004 without Barca icon Lionel Messi or Real legend Sergio Ramos.

The goals for Los Blancos were excellent – with David Alaba starting and finishing a counter-attack for the first and Lucas Vazquez getting a second in added time.

While Sergio Aguero scored his first Barca goal in added time, it was almost the last kick and the scoreline remained 2-1.

Alaba’s Real Madrid goal was easily the best of the game. The former Bayern Munich defender won the ball from Barca striker Memphis Depay on the edge of his box before starting a counter-attack which went the length of the pitch, finishing it off by running on to Rodrygo’s pass before slamming a shot across home keeper Marc-Andre ter Stegen into the far corner.

It was his first goal for Real Madrid, and his El Clasico debut will be one to remember.

The final two goals came in injury time with Vazquez tapping in after Marco Asensio’s shot was saved by Ter Stegen. Substitute Aguero buried Sergino Dest’s cross, in what was only Barcelona’s second shot on target, but the final whistle went seconds later.

Madrid ended the day one point behind Real Sociedad at the top of the table, while Barcelona remain eighth, closer to 14th-placed Elche than leaders Real Sociedad.

Barcelona manager Ronald Koeman is now under intense pressure to improve his side or be sacked – as he is only the second manager to lose his first three Clasicos as Barcelona boss – after Irishman Patrick O’Connell, who lost four between 1935 and 1940. “I’m not happy with the result. I think we deserved more,” Koeman said. “Losing at home to our biggest rivals in a close game is tough to swallow.”

Greatest Champions League Comebacks Ever! – Part I
Arsenal, Chelsea, and Others Battle for Carabao Cup Tomorrow!