The Weirdest Pitch Invasions in the History of Football! 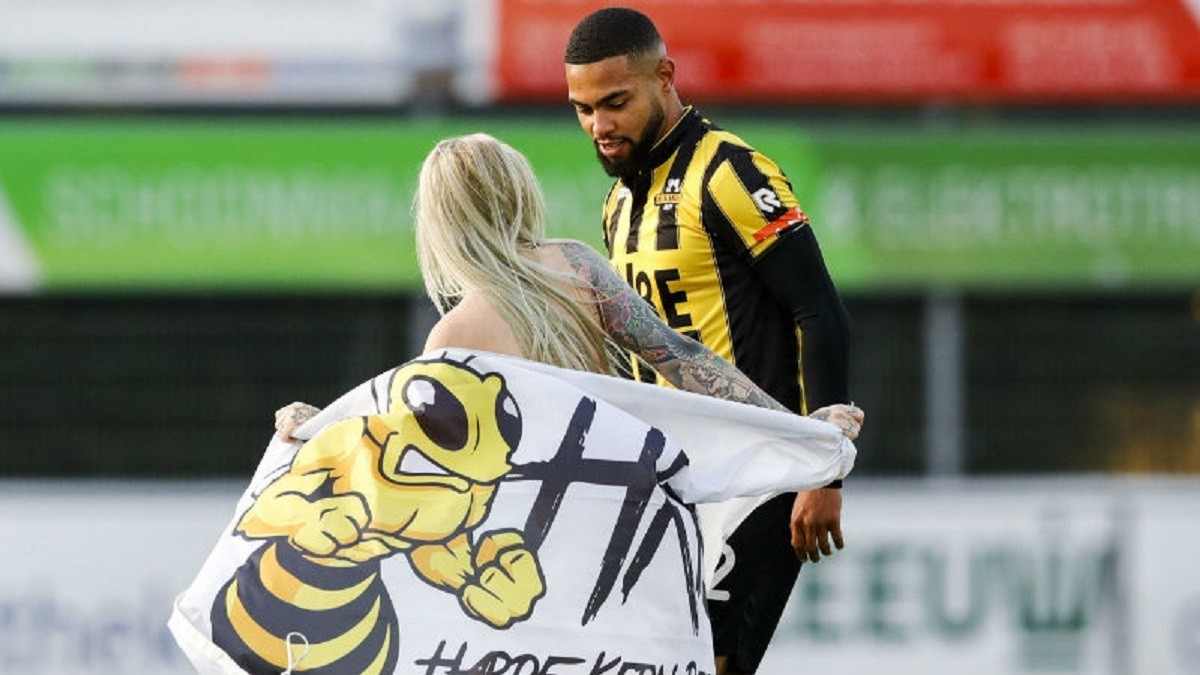 From an anti-Ryanair protester to a paid streaker, here’s a look at the most bizarre pitch invasions of all time!

In 2012, John Foley interrupted Everton’s then-goalless draw against Manchester City for five minutes, in a protest against his daughter’s apparent unfair dismissal from the budget airline. Foley, who had previously done something similar at horse racing’s Cheltenham Gold Cup Festival, was later banned from all sporting events for 36 months.

Ducks, cows, and even the odd kangaroo have all been unlikely pitch invaders over the years. But perhaps the most unusual animal gatecrasher is the pine marten who suddenly appeared during a Swiss League clash between FC Thun and FC Zurich in 2013. The weasel-like creature caused chaos when he wandered onto the pitch, evaded capture for five minutes, and bit defender Loris Benito, who had briefly managed to pick him up.

In the end, it was left to Zurich keeper David Da Costa, armed with a pair of goalkeeping gloves, to bring the feisty little creature’s adventures to an end.

The FA Cup may be known for its romance, but it can’t work miracles. In 2016, jilted boyfriend John Dynes decided to crash the third-round tie between non-league Eastleigh and Bolton Wanderers in a desperate attempt to win back the love of his life. Wearing a grey top emblazoned with the phrase “dreams come true,” the 51-year-old intended to somehow impress his ex by running onto the pitch and scoring in the Bolton goal.

Unfortunately, this foolproof and cast-iron plan backfired when Dynes fell onto his backside in the six-yard area and was immediately arrested by police.

The Man on Crutches

Staff at Central Coast Mariners’ ground appeared to be completely oblivious when a man with an apparent broken leg invaded the pitch. Wearing a plaster cast and pair of crutches, as well as an Australian cricket shirt, the man in question headed straight for the goalmouth area that opposing Sydney FC fans were sitting behind.

There he wound them up for nearly a minute before finally being escorted away by the slow officials.

Throwing tennis balls onto the pitch has become an increasingly common form of protest over the last 10 years. In 2016, Borussia Dortmund fans did so to show their disgust at rising ticket prices. Two years before, Blackpool supporters had revolted against the disastrous running of their beloved club by chucking a mix of balls and tangerines from the stands.

But perhaps the most impressive, and relevant, tennis ball deluge appeared courtesy of the Swiss League in 2010. Fans of FC Basel were so enraged at a national TV network moving their kick-off time to accommodate a Roger Federer match, that they threw enough balls on the pitch to suspend play for 40 whole minutes.

Streakers are common when it comes to football pitch invasions.

But there was something different about the one that gatecrashed Rijnsburgse Boys’ match with AFC in 2018 – she was a professional adult entertainer paid for by the home fans to bear all and distract their opponents during the Dutch third-tier game.

Wearing nothing but shoes, knee-length socks, and loads of tattoos, the blonde named Foxy reportedly entered the field through a fence gap waving a Rijnsburgse flag. Unsurprisingly, the bizarre tactic didn’t exactly have the desired effect – AFC still won the game 6-2!

Liverpool Ease Past Atlético and Into the Last 16!
Ajax On Fire as They Beat Dortmund 3-1!