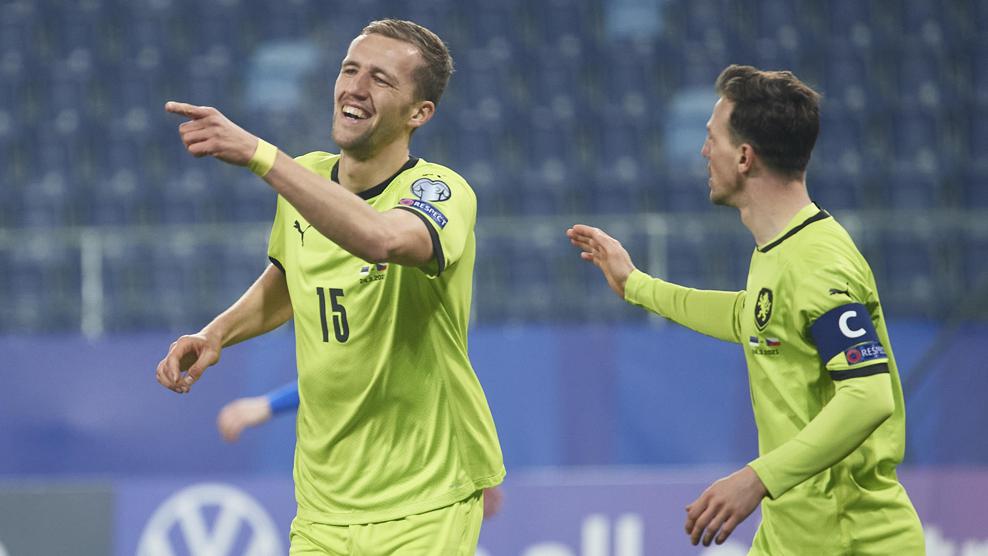 The Czechs must win to have any chance of qualifying for a play-off spot. Estonia will be hoping to frustrate them!

Jaroslav Šilhavý’s Czech Republic outfit will be seeking to edge into the second position in Group E and earn a World Cup 2022 qualification playoff birth in the process, when they welcome Estonia to Letná Stadium in Prague, on Tuesday evening.

The hosts currently sit third in the group, three points behind second-placed Wales, while Estonia are fourth, one point ahead of fifth-placed Belarus.

Czech Republic’s star forward Patrik Schick is unavailable due to an ankle injury, meaning that Michael Krmenčík is likely to get a start in the centre of the attack on Tuesday.

There should be at least a couple of changes from the XI that started the friendly victory over Kuwait in the last game, with Tomáš Vaclík set to return in goal. Meanwhile, Matěj Vydra is also likely to come into the side, to join forces with Krmenčík.

Antonín Barák and Tomáš Souček seem certain to play in midfield, with Lukáš Masopust potentially missing out if, as expected, Vydra earns a recall on Tuesday.

Estonia, meanwhile, have no new injury problems from the side that took to the field for Saturday’s showdown with group leaders Belgium.

Head coach Thomas Häberli will have been pleased with what he saw from his team for long periods of that game, but it seems likely that there will be at least a couple of alterations. Rauno Sappinen and Sander Puri are both pushing to come into the starting line-up.

Konstantin Vassiljev is the captain and leading goal-scorer in the squad with 25 successful strikes. The 37-year-old is again expected to start this game.

The Czech Republic simply need a victory on Tuesday and see where that takes them; we are expecting the hosts to triumph easily, whilst keeping a close eye on what is happening between Wales and Belgium in Cardiff.

Our prediction is 2-0 to the Czech Republic, with one goal coming in each half.