Porto Head to Fearsome Liverpool and Look to Sink Reds! 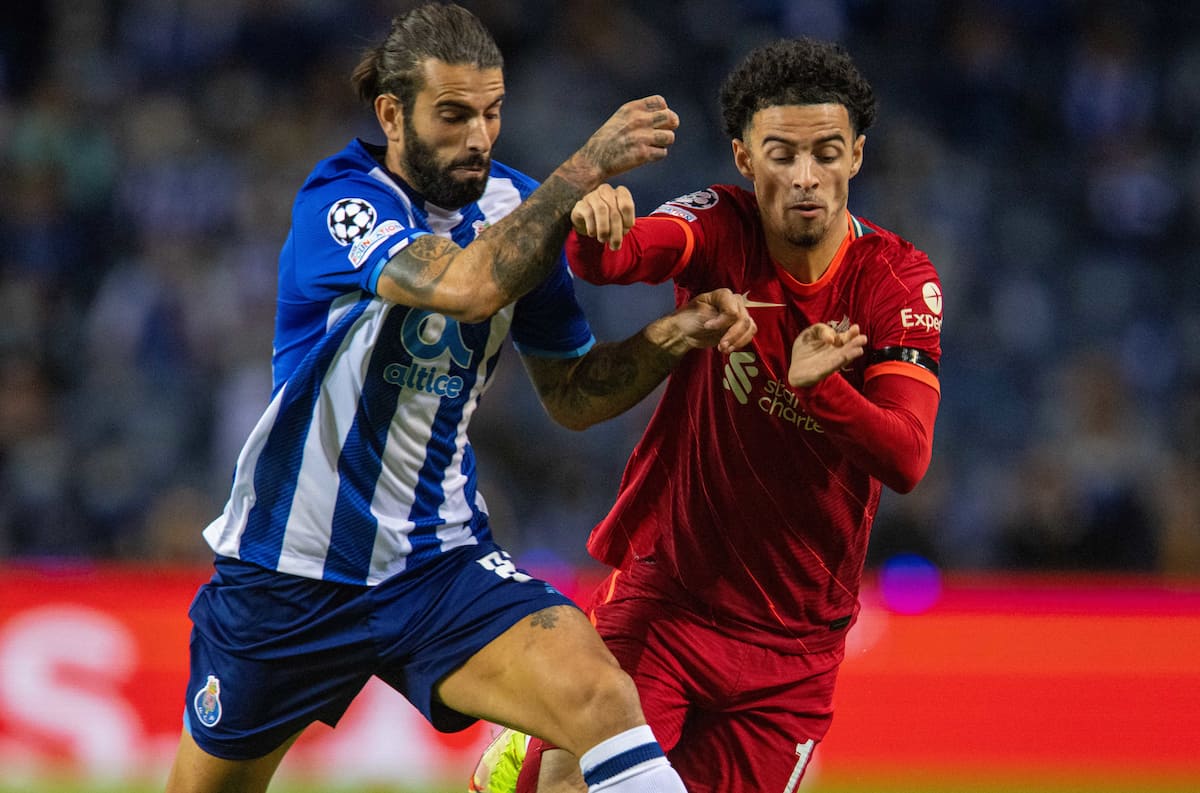 Can Liverpool maintain their incredible 100% Champions League record? Will Porto register their first-ever win against the Reds?

Having already ensured their spot in the knockout stages of the UEFA Champions League, Liverpool host Porto at Anfield, for a Wednesday, Group B face-off.

Jürgen Klopp’s home side boast a 100% record of 12 points from four matches so far, while Porto sit second in the table, having accumulated five points.

Andy Robertson will expect to return to the Liverpool team, after not being selected in their recent win against Arsenal, and there is also cautious optimism that Naby Keita and James Milner might be back in the fold as well. However, Joe Gomez is not likely to feature.

Divock Origi is a possibility to fulfil the role of attacking focal point, if he is able to overcome illness, while Ibrahima Konaté, Neco Williams, and Takumi Minamino all have decent chances of starting as well.

Meanwhile, Porto have a fully-fit squad ahead of this vital clash, and boss, Sérgio Conceição, enjoyed the luxury of being able to rest some of his most prized assets at the weekend, in the victory over Feirense.

Veteran defender, Pepe, is set to return to the defensive line in place of Fábio Cardoso, while Colombian winger, Luis Díaz – linked with a move to the red half of Merseyside – should also return to the first XI.

Former Liverpool employee, Marko Grujić, could make his Anfield return in the Porto engine room, but he will have to compete with Sérgio Oliveira, for the right to pair up with Mateus Uribe.

Porto will know that Wednesday’s match is the best chance they may ever have to record their first-ever win against Liverpool, but an injury-hit and much-changed Reds outfit will probably still provide too much of an attacking threat for the Portuguese club. Our prediction is 3-1 to the home side, with the Liverpudlians recording victories in each half.