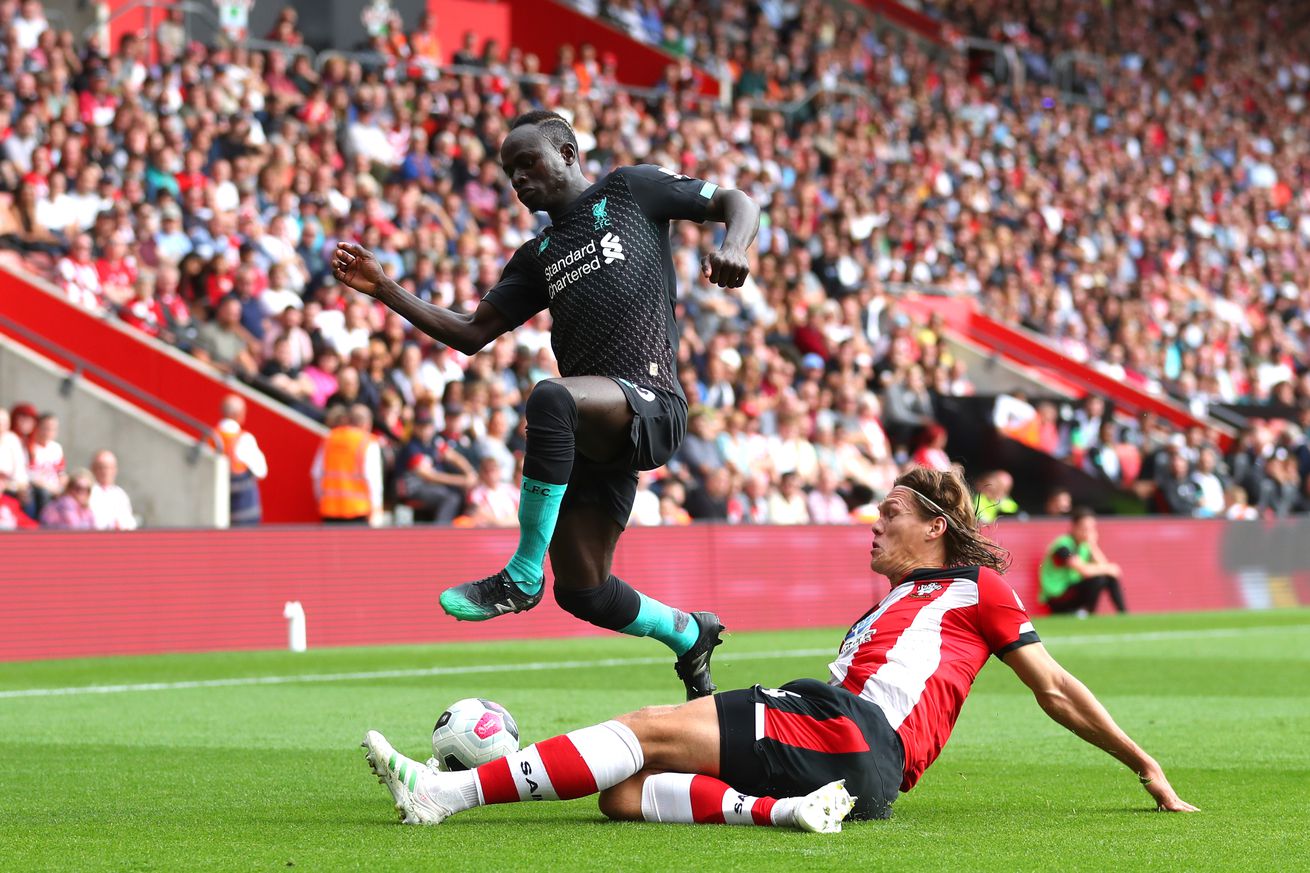 The Reds will be looking for 3 points to keep the pressure on the leaders. Southampton seek to climb up the table. Who will find Saturday EPL sucess in Liverpool?

After a professionally despatching Porto in the UEFA Champions League (UCL), Liverpool host Southampton at Anfield on Saturday, in a tantalising, English Premier League (EPL) match-up.

The Reds’ most recent top-flight face-off saw them outclass Arsenal in a 4-0 home triumph, while Ralph Hasenhüttl’s Saints were defeated 2-1 at Norwich City.

Heading into this encounter, Jürgen Klopp’s home team occupy 3rd position in the EPL table, with 25 points and 4 adrift of leaders, Chelsea. After 12 matches played, Southampton sit in 13th position, having collected 14 points.

In Reds’ team news, James Milner, Neco Williams, and Divock Origi were all fit to return for the midweek UCL clash with Porto, while Diogo Jota overcame an injury scare from the Arsenal win to take a spot on the bench.

There is optimism that Naby Keita may be ready to feature against Southampton, but Roberto Firmino, Curtis Jones, Harvey Elliott, and Joe Gomez remain on the Liverpool injury list.

Tyler Morton played the entire match on his first UCL appearance in midweek, but the youngster is one of a few who will surely stand aside for returning regulars, like Jordan Henderson and Fabinho.

Meanwhile, for Southampton, Nathan Redmond was absent for the defeat to Norwich, due to the birth of his child, but should return here, while Moussa Djenepo and Stuart Armstrong remain doubtful through personal problems and injury respectively.

Jack Stephens is battling back from a knee injury that could take a few weeks longer to recover from, and Redmond’s expected return could see Ibrahima Diallo drop down to the bench.

Southampton will be fresher this week, but Klopp had the luxury of resting many of his top players in the UCL, and we can only imagine one result here. Our prediction is 4-0 to Liverpool.