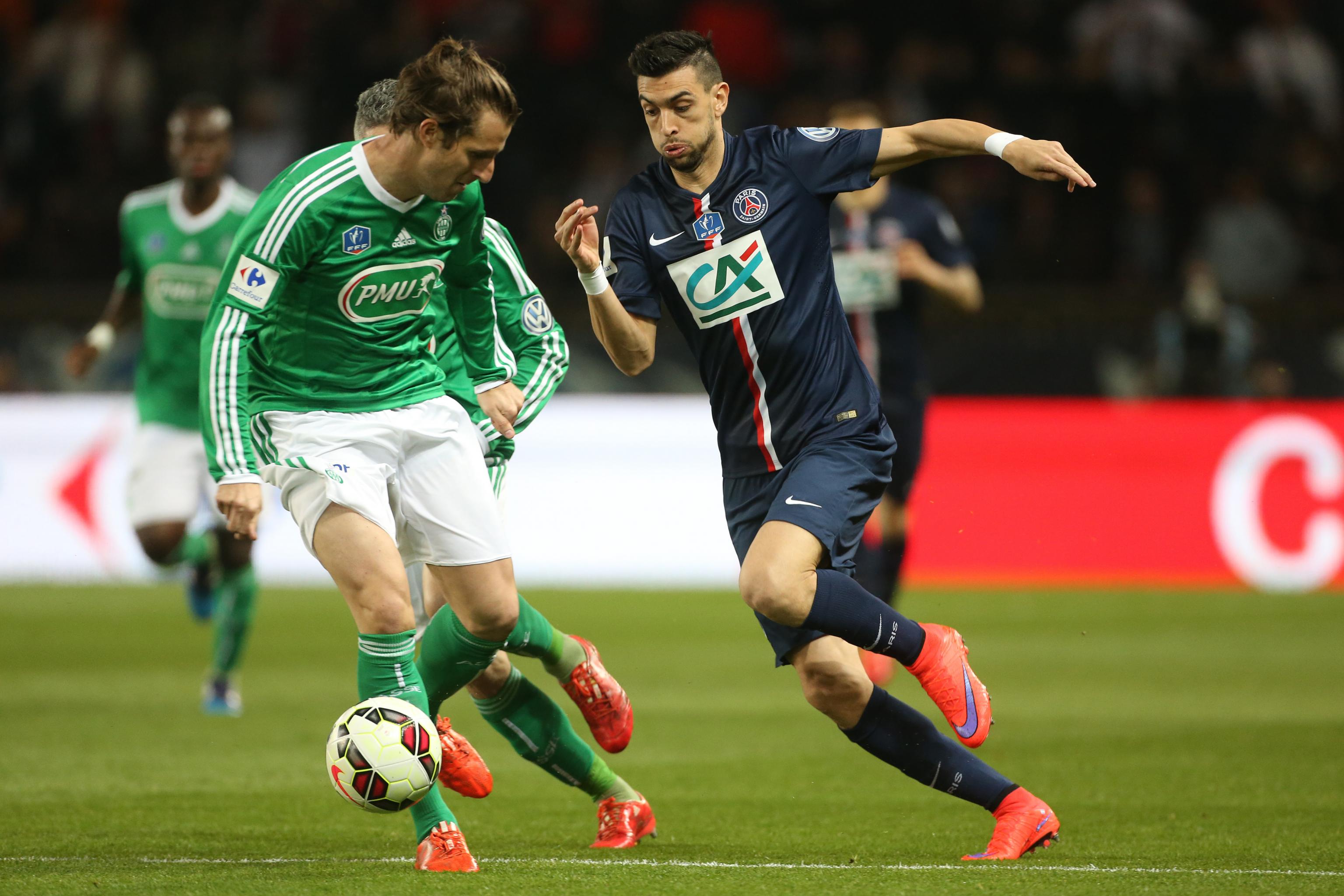 Paris Saint-Germain will be looking to increase their lead in Ligue 1, Saint-Étienne require a triumph to lift themselves out of the relegation places. What will happen in this mammoth Ligue 1 showdown?

Looking to rally after their UEFA Champions League defeat to Manchester City, Paris Saint-Germain head to Saint-Étienne in Ligue 1 on Sunday lunchtime.

Mauricio Pochettino’s side currently sit 11 points clear at the top of the Ligue 1 table, while Claude Puel’s men are in 19th place, but only one point away from safety.

Saint-Étienne will be buoyed by the return of the versatile Mahdi Camara from suspension, and he could feature at right-back with Yvann Maçon dropping down to the substitute’s bench.

Experienced forward, Romain Hamouma will be out of action until 2022, after sustaining a thigh injury in training. The 34-year-old joins Saïdou Sow, Yvan Neyou, Harold Moukoudi, and Gabriel Silva on the treatment tables.

Hamouma’s absence will probably see Wahbi Khazri get an immediate recall in the final third, while Lucas Gourna-Douath may earn a start if Puel seeks a greater presence in midfield.

As for PSG, goalkeeper, Keylor Navas, will miss this game through suspension after his sending off in the victory over Nantes last weekend, so Gianluigi Donnarumma will not have to compete to be given the gloves this time.

Pochettino was also handed two injury blows to Marco Verratti and Georginio Wijnaldum before the City defeat, and there are fears that the former is looking at three weeks on the sidelines with a thigh issue.

The hamstring injury that Ander Herrera suffered at the Etihad – along with Rafinha and Julian Draxler’s absences – has also depleted Pochettino’s options in the midfield, so Danilo Pereira should earn a recall.

With so many midfielders absent through injury, the responsibility will be on PSG’s star attackers to deliver the goods this weekend, with a depleted Saint-Étienne defence in for a difficult experience. We expect a 4-1 win for PSG, with Les Parisiens scoring in both halves.

Spurs Journey to Burnley for Epic EPL Battle!
PSG Power Back to 3-1 Victory at Saint-Étienne!