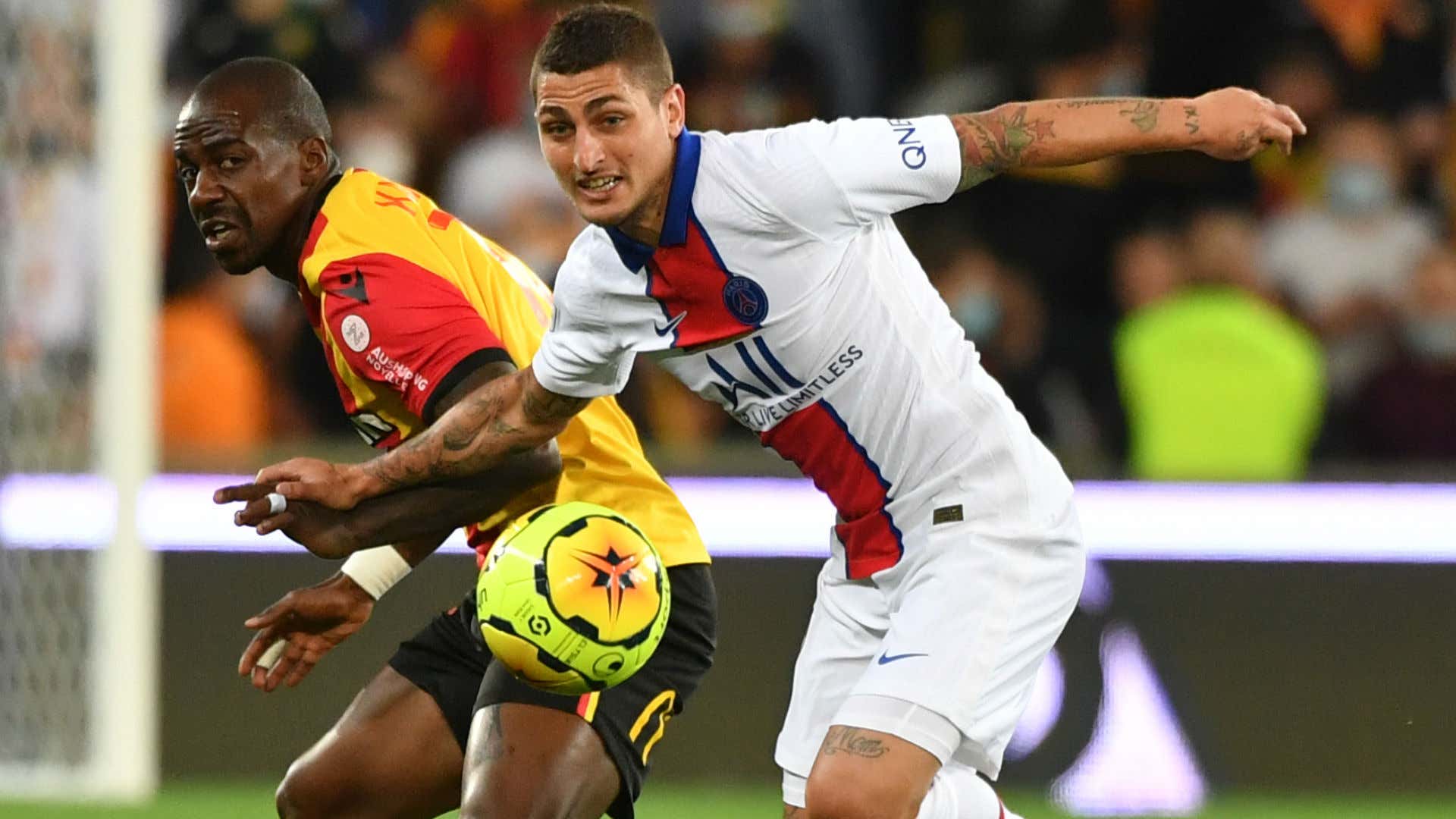 Fifth-placed Lens welcome table-topping PSG on Saturday. Can Les Parisiens increase their advantage at the top of France’s top-flight, or can a plucky Lens side spring an upset?

As the French Ligue 1 season heads towards its winter break, runaway table-toppers, Paris Saint-Germain, head north to do battle with Lens at the Stade Bollaert-Delelis.

The hosts’ form has dipped in recent times, but they remain fifth in the table, just three points off second. Mauricio Pochettino’s outfit, however, have amassed 41 points and are 12 clear of their nearest Ligue 1 rivals, Marseille, and 15 ahead of Saturday’s opponents.

Lens must continue to manage without Wesley Saïd, as the winger continues to recover from a muscle injury, as well as left-back, Deiver Machado, who will remain sidelined until January.

The home side were given a boost with the return of Arnaud Kalimuendo last time out against Clermont Foot, but both he and fellow forward Florian Sotoca failed to find the target.

That fact may be enough to convince manager, Franck Haise, to give Gaël Kakuta the nod for this match.

Meanwhile, for PSG, Neymar looks destined for another spell on the sidelines, after injuring his ankle last Sunday against Saint-Étienne. The 29-year-old’s injury has put an end to the long-awaited, but short-lived, Lionel Messi/Neymar/Kylian Mbappé attacking trio for now.

The Brazilian’s absence saw the system shuffled slightly in Wednesday’s 0-0 draw with Nice. What was a front four switched to a front three, of Mbappé, Ángel Di María, and Messi.

Pochettino may choose to shuffle his pack again after the 0-0 against Nice, however.

Marco Verratti, Mauro Icardi, and Georginio Wijnaldum have missed recent games through injury, but all took part in training this week, so may make an appearance on Saturday. Central-midfielder, Verratti, is reported to be most likely to start.

With Lens in poor form, we are backing the superstars of PSG to have enough to overcome the home side. Our prediction is 2-0 to Pochettino’s men, with a successful strike in each half.