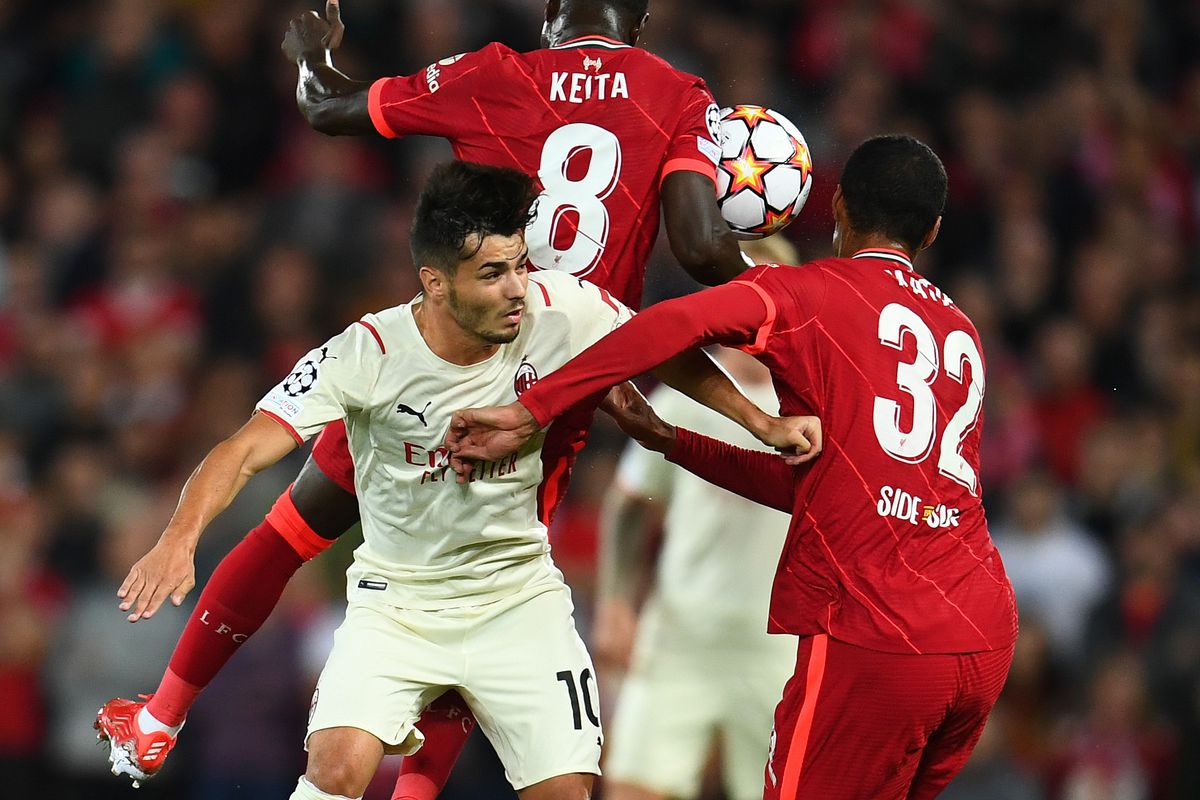 AC Milan host Liverpool on Tuesday night, knowing that they need to win to have any chance of qualification to the Last 16. Who will line-up and what will happen in this enormous Champions League match-up?

Liverpool will aim to make it six wins out of six in the 2021-22 UEFA Champions League (UCL) when they visit the San Siro to do battle with AC Milan on Tuesday evening.

Jürgen Klopp’s dominant Reds are already guaranteed a spot in the last 16, while the Rossoneri are involved in a three-way battle for Group B second place.

Milan’s attack has been decimated in recent weeks, with Olivier Giroud, Samu Castillejo, and Ante Rebić being joined on the treatment tables by Pietro Pellegri, who had to be substituted after 15 minutes last weekend with a groin injury.

Therefore, Zlatan Ibrahimović will surely lead the line, after the 40-year-old striker was rested on Saturday.

Mike Maignan’s recent return in goal is a huge boost. Meanwhile, Junior Messias’s heroics last time out in the UCL may not be enough to see him preferred to Brahim Díaz for this massive showdown.

For Liverpool, Joe Gomez and Naby Keita are back in training and could potentially return in midweek, but Roberto Firmino, Curtis Jones, Harvey Elliott, and the suspended James Milner are all unavailable.

Keita and Gomez will surely not be risked from the first whistle with nothing at stake, but there should be opportunities for Tyler Morton and Alex Oxlade-Chamberlain to start in the engine room, as Thiago Alcântara enjoys a break.

Kostas Tsimikas, Ibrahima Konaté, Neco Williams and Takumi Minamino could also be slotted into the XI, and it would not be a surprise to see Divock Origi – who Klopp joked he would ‘write a book about’ – play as the focal point.

Liverpool are already through and are playing away from home. Our prediction is a 2-0 for AC Milan, which may, or may not be enough for Stefano Pioli’s side to reach the last 16.