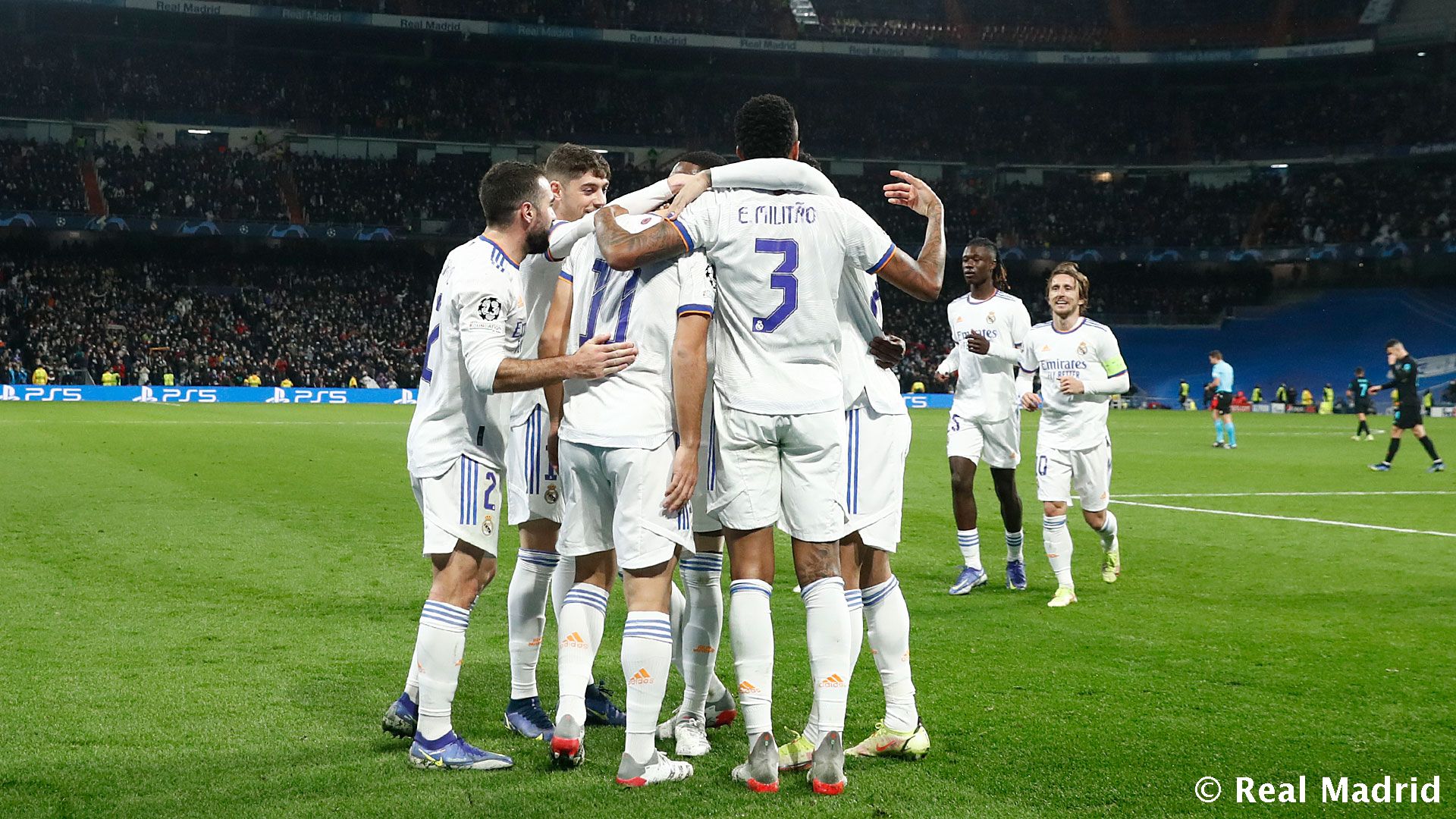 Kroos and Asensio are on target for the hosts, as Real Madrid beat Inter Milan in this clash of the titans. Both clubs now progress to the Last 16!

Inter could have overtaken their opponents and won the group with a victory in Spain, but the Serie A side couldn’t convert their chances.

Toni Kroos scored the opener for Real on 17 minutes, before Marco Asensio beautifully curled in the second,11 minutes from time.

Carlo Ancelotti’s men could have doubled their lead before half-time, but Rodrygo struck the foot of the post and then smashed into the side-netting from a great position shortly after.

Substitute, Asensio, netted a minute after coming on. The winger collected the ball on the edge of the box and stroked a beautiful finish past Samir Handanović and into the top corner.

Inter were chasing the game in the second half, but were unable to get on the scoresheet. Nicolò Barella was then sent off just after the hour mark for lashing out at Real defender, Éder Militão.

Both clubs now look to the UCL Last 16 draw, which takes place on Monday the 13th of December in Nyon, Switzerland.