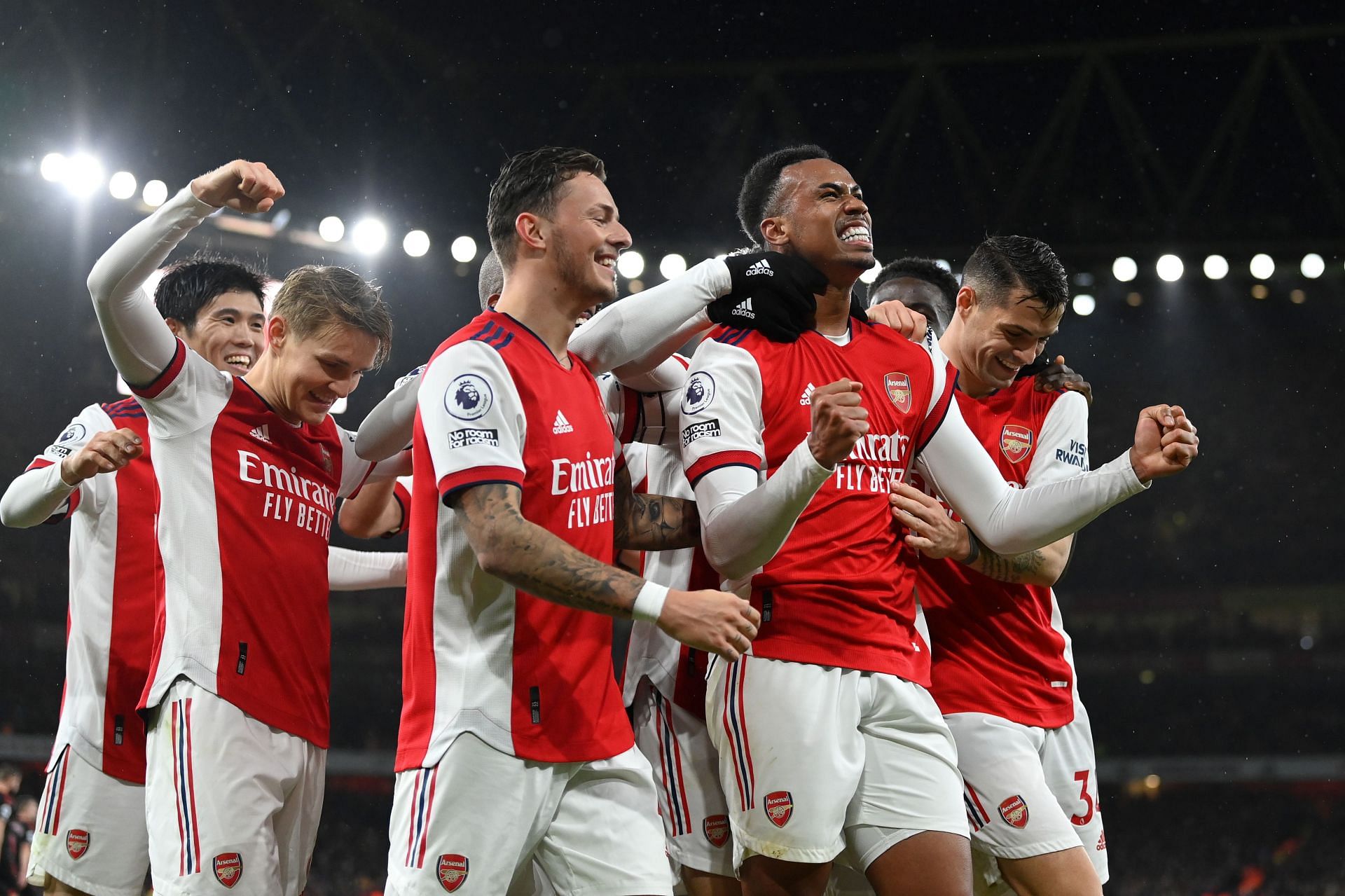 Aubameyang is not involved due to an unspecified ‘disciplinary breach’, but that doesn’t stop Arteta’s men from cruising past Southampton in North London!

Arsenal endured dramas both on and off the pitch when easing to a 3-0 English Premier League (EPL) victory over Southampton on Saturday, as boss, Mikel Arteta, dropped Pierre-Emerick Aubameyang from the squad.

Ahead of kickoff, Arteta was tight-lipped, as he explained that the club captain’s absence was due to a “disciplinary breach”, as Alexandre Lacazette played as the lone striker.

Southampton started well on a rainy afternoon at the Emirates, with Adam Armstrong winning an early corner and forcing an excellent save from Aaron Ramsdale.

However, the home side managed to break the Saints‘ high-press in the 21st minute, with a flowing move, attacking down the left, where Bukayo Saka crossed to Lacazette, who side-footed into the top corner.

Arteta’s men doubled their advantage six minutes later, when Southampton’s lazy defending was punished by Martin Ødegaard. Kieran Tierney’s attempted cross rebounded back to him and the Scot nodded the ball back across the goal for the Norwegian to head home.

The goal was Ødegaard’s third in three EPL games, and his cultured angled passing worried the Southampton defence all afternoon.

The second strike appeared to sap Southampton’s confidence, as their defensive intensity faded. Arsenal defender, Gabriel, thought he had netted a third on 60 minutes, only to see it cancelled out for offside.

However, the Brazilian appeared again a few minutes later, to score a headed goal from a corner to make it 3-0.

The withdrawal of Armstrong and strike partner, Armando Broja, with injuries didn’t help Southampton’s cause and they found it difficult to manufacture any decent opportunities in the second half.

After all of Saturday’s results, the victory leaves Arsenal sixth on 26 points, while Ralph Hasenhüttl’s Southampton are 16th on 16 points.