One Hundred EPL Strikes for Sterling as City Overcome Wolves! 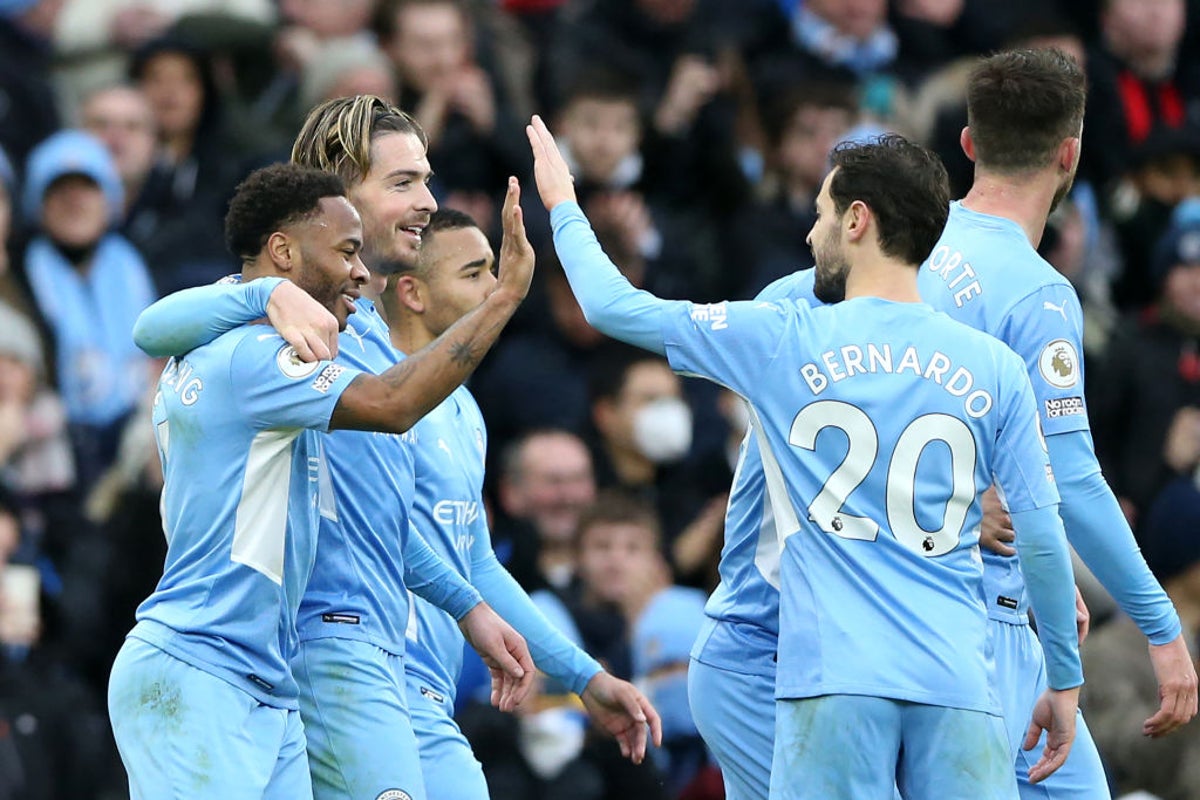 Raheem Sterling nets his 100th Premier League goal from the penalty spot, as Manchester City earn victory over Wolves at the Etihad!

Raúl Jiménez picked up two yellow cards in quick succession. The second for preventing Rodri from taking a quick free-kick in first-half stoppage time, to leave his teammates with a daunting task.

Before the red card, Wolves were competing well and manager Bruno Lage was unhappy with the first booking.

“The first yellow card is a crazy decision for me, in my opinion. A hard decision to accept,” the Portuguese boss said after the game.

City attacked at the start of the second half but struggled to break the deadlock, with Wolves goalkeeper, José Sá, and defender, Conor Coady, producing great last-ditch blocks.

However, City finally did get a chance from the spot on 66 minutes, after a Bernardo Silva cross was adjudged to have hit João Moutinho’s arm.

“I believe in VAR and that it can help this game and the referee. The referee saw his arm and the rules say he is trying to create a bigger body. But the ball touched here [his armpit]. But after the referee whistles it’s a VAR decision,” Lage said of the decision.

Sterling then showed incredible composure to send Sá the wrong way and pass into the bottom corner for his 100th EPL goal!

City manager, Pep Guardiola, said his team were the better team throughout and deserved their victory.

“We were much better with 11 players and with 10 from Wolves,” Guardiola told BT Sport after the match. “It is so difficult against a team who defend the way they defend.

The Citizens remain top of the EPL table on 38 points, just one clear of second-placed Liverpool. Wolves are in 8th, on 21.

Awesome Arsenal Sink Southampton at the Emirates!
Chelsea Edge Past Leeds in Thriller at Stamford Bridge!