Manchester United Fight Back to Draw with Magpies! 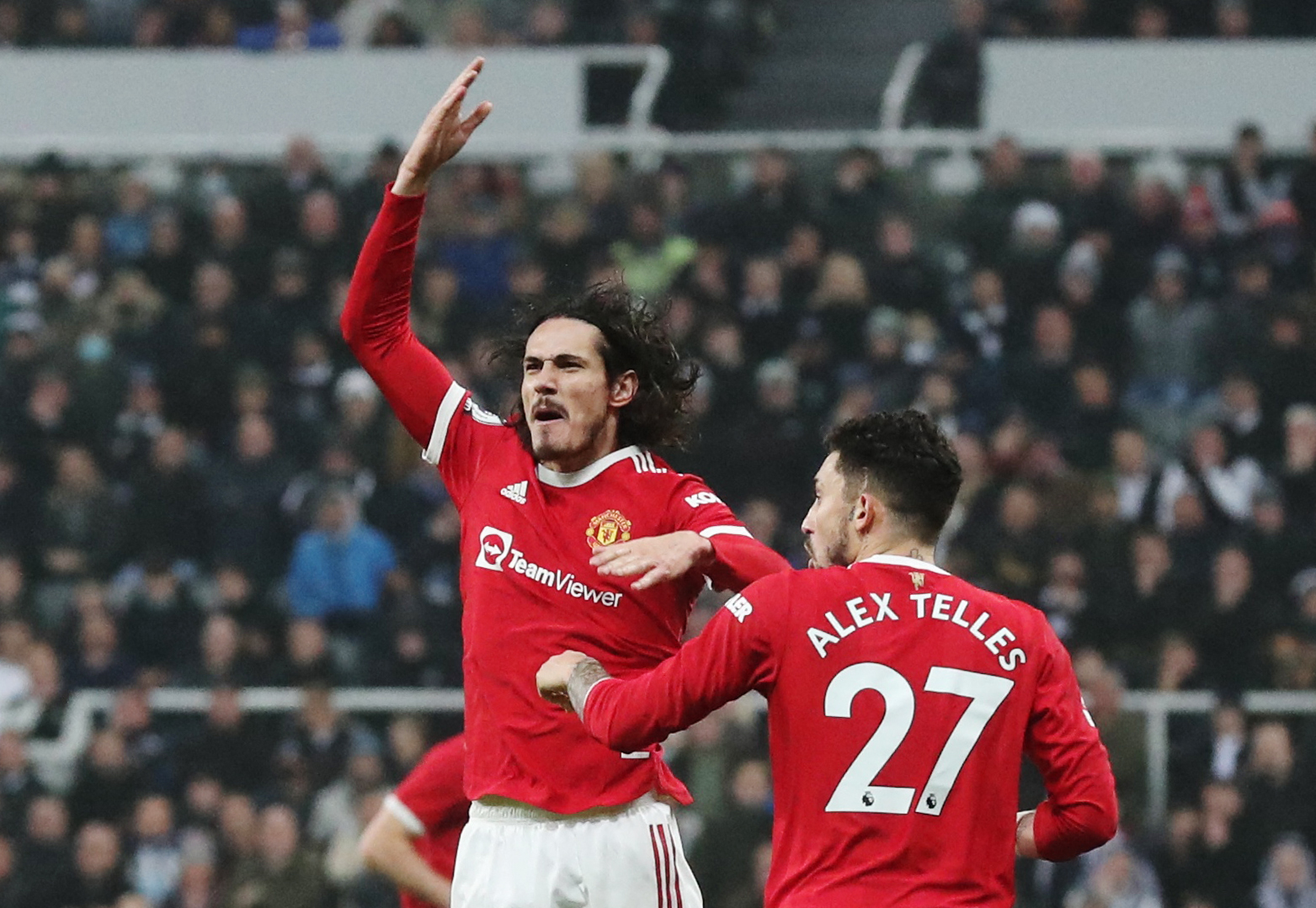 A weak performance by the visitors sees them saved by Cavani’s second-half goal. A point for Newcastle means they are still fighting for Premier League survival, near the foot of the EPL table.

Manchester United boss, Ralf Rangnick, admitted that he was unhappy with the performance, after seeing his error-ridden side rescue a point at struggling Newcastle.

Edinson Cavani came on as a substitute to score a second-half equaliser, following a terrible first half from the visitors, during which they conspired to partly gift Allan Saint-Maximin the opening goal.

For most of the match, an out-of-sorts Red Devils repeatedly gave up possession, missed tackles and failed to offer much of a threat to a determined Newcastle backline.

Cavani’s strike guaranteed that Rangnick avoided a first loss as interim manager, but one point does not help them much in their search for a top-four place.

The Red Devils have games in hand on the teams above them, but are now seven points behind fourth-placed Arsenal and in seventh.

Newcastle had the better of the opening exchanges, and after just seven minutes they were in front. Sean Longstaff robbed Raphaël Varane in midfield, before releasing Saint-Maximin, who cut inside and smashed a shot past David De Gea in the United goal.

Rangnick’s men finally levelled the scores on 71 minutes, when a Diogo Dalot cross was fired home – at the second attempt – by Cavani.

“Today we didn’t control the game apart from a few moments,” Rangnick told Sky Sports. “It’s all about energy, physicality and who wins the second balls. In all those areas we weren’t at our best.”

“I didn’t like the performance at all,” the German boss concluded.

However, the point doesn’t help Eddie Howe’s Magpies much either and leaves them 19th on 11 points, two from safety. Newcastle have also played more games than all their rivals – and four more than Burnley in 18th.