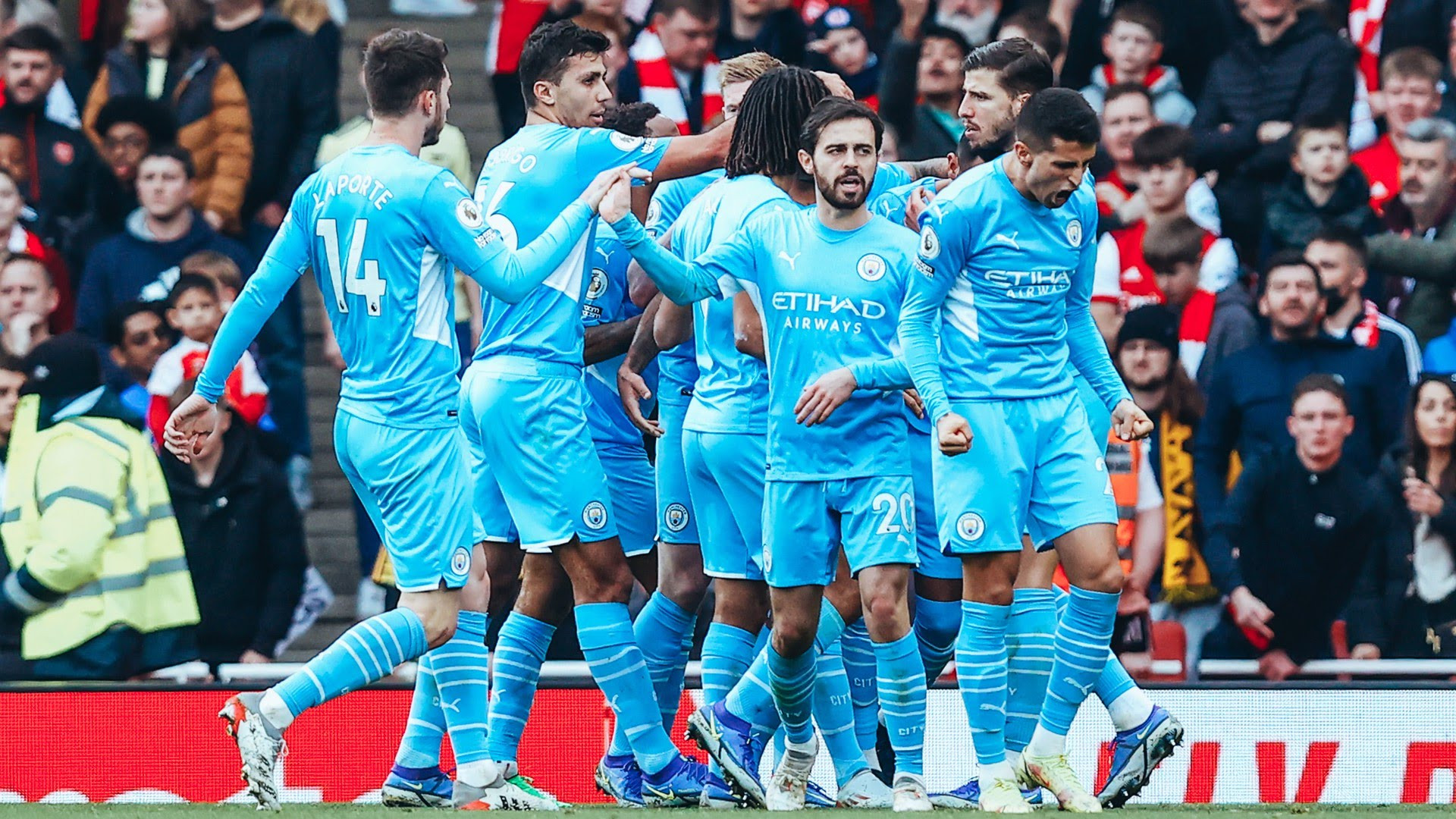 Manchester City leave it late against Arsenal, but find the winning goal deep into second-half injury time. Martinelli sees red for the home side!

Manchester City made it 11 English Premier League (EPL) victories in succession, as Rodri netted a stoppage-time winner to kill off 10-man Arsenal 2-1 in a frenetic opening to 2022.

Mikel Arteta’s Arsenal had the better of the opening exchanges and deserved a 1-0 advantage when it arrived just after the half-hour mark.

The visitors started the second half stronger and had a penalty awarded by VAR on 53 minutes when Granit Xhaka brought Bernardo Silva down in the box. Riyad Mahrez converted the resulting spot-kick expertly, sending Aaron Ramsay, between the Arsenal sticks, the wrong way.

Things became worse for Arsenal six minutes later when Gabriel Martinelli was sent off for a foul on Gabriel Jesus.

Arsenal were surviving, in spite of their numerical disadvantage, but were caught by City with the clock reading 93 minutes. Aymeric Laporte’s goalbound effort was foiled by the home defence but only rebounded to Rodri who poked it into the net.

Manchester City, under Pep Guardiola, are now 11 points clear at the top of the EPL table. Chelsea and Liverpool are second and third respectively and face each other on Sunday. Arsenal remain in fourth, but now have London rivals, West Ham United and Tottenham Hotspur, breathing down their necks.